Upendra and Kichcha Sudeep’s next is major actioner after KGF 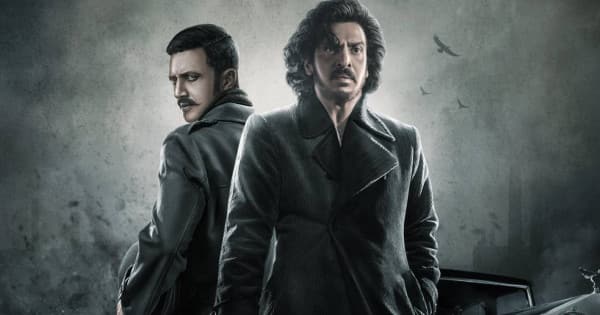 After the massive success of Yash starrer KGF and Rishabh Shetty’s Kantara, cinephiles can expect more from Sandalwood. After KGF and Kantara, the Kannada film industry is all set to bring yet another larger-than-life film. The next film is the major action entertainer Kabzaa.

The upcoming film Kabzaa is touted to be a gangster period drama set between 1947 and 1984. The story focuses on the rise of gangsters in India and award winning actor Upendra will play the role of an underworld don. This is the story of a freedom fighter’s son who falls into the trap of a mafia gang. Along with Upendra, it also stars Kiccha Sudeep, Shriya SaranStarring Manoj Bajpayee and Nawab Shah in lead roles.

The film is directed by R Chandru and is all set to release in theaters on 17th March 2023. Puneet Rajkumar, The massive action film will release in seven languages.

The teaser of the film was released on the birthday of Upendra, The visuals and background score in the teaser left everyone spellbound. The film has already created a sensation with its teaser and what awaits us when it releases on 17th March 2023. After the sustained success of Kannada films KGF 2, 777 Charlie, Vikrant Rona and the recent Kantara, now Kabzaa is expected to raise the bar.

operated by R. Directed by Chandru, the film is produced by R.K. By Chandra Shekhar. It is presented by MTB Nagraj and will be released in Hindi belt by Anand Pandit Motion Pictures. Ravi Basrur of KGF has composed the music. The film will release in Kannada, Hindi, Tamil, Telugu, Malayalam, Odia and Marathi.