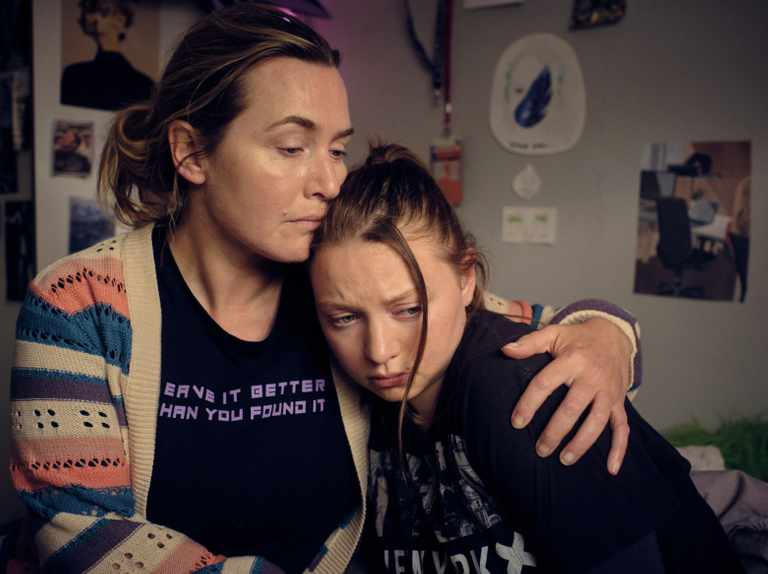 Kate Winslet and real-life daughter Mia Thrippleton share the screen in “I Am Ruth,” the upcoming installment of Channel 4’s “I Am” anthology series. A newly released trailer for the feature-length drama introduces Ruth (Winslet) and Freya (Thrappleton), a mother and daughter who appear to be in crisis.

“You can do whatever you want, sweetheart. You’re not judged. You’re not criticized,” Ruth tells her teenage daughter. “But I am though, aren’t I?” An unconcerned Freya retorts. She later exclaims, “I’m sorry I’m not perfect!”

Freya seems to be consumed by social media, so much so that Ruth is advised to take her to a counselor. She also snatches Freya’s phone. “This is what’s making you sick,” she explains.

“I Am” focuses on female-centric stories. Gemma Chan (“The Eternals”), Letitia Wright (“Black Panther”), and Samantha Morton (“The Whale”) are among the actresses who have starred in the anthology’s chapters. “I Am Ruth” is the first episode of its third season.

A seven-time Oscar nominee, Winslet took home a statuette for “The Reader.” She has won Emmys for her lead performances in “The Mayor of Easttown” and “Mildred Pierce”. her upcoming slate includes “Took,” Ellen Kuras’ biopic of war photographer and fashion model Lee Miller, and “Avatar: The Way of Water.”

Thrippleton stars in “Dangerous Liaisons,” Starz’s period drama based on the book of the same name. The plot of scheming ex-lovers has been renewed for a second season.