Superstar Krishna Dies at 79: From Career to Family, All You Need to Know About Veteran Actor and Mahesh Babu’s Father 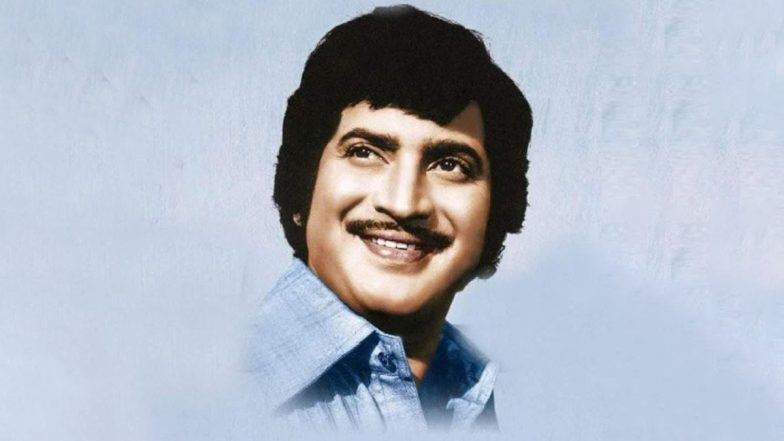 Veteran Tollywood actor Krishna passed away during treatment following a cardiac arrest at a Hyderabad hospital in the early hours of Tuesday. He was 79 years old. One of the last stalwarts of the Telugu film industry, superstar Krishna breathed his last at the Continental Hospital where he was admitted following a cardiac arrest late on Sunday night. Mahesh Babu’s father, superstar Krishna passed away at the age of 79.

According to doctors, he was brought to the hospital in an unconscious state, but after 20 minutes of CPR, he regained consciousness. He was put on ventilator and his condition was critical. Krishna’s son and popular actor Mahesh Babu and other family members were present at the hospital.

Ghattamaneni Siva Rama Krishna Murthy or Krishna, as he was popularly known, acted in over 350 films in a career spanning five decades. He also produced and directed a few films. Born on May 31, 1942, at Buripalem in Guntur district of Andhra Pradesh, Krishna entered the film industry in the early 1960s with minor roles. He debuted as a lead actor with the 1965 film then mansuluwhich became a hit.

Goodachari 116 (1966), a detective film, proved to be a superhit, making Krishna one of the most sought-after actors. With this success, he got offers for 20 films. He later acted in at least six films as James Bond. Witness (1967) received critical acclaim at the Tashkent Film Festival. His 1972 film Pandanti Kapooram won the National Film Award for Best Feature Film in Telugu for that year.

Krishna is known for many landmark films Alluri Sitaram Raju (19767), which was Tollywood’s first Cinemascope film, eenadu (1982), the first Eastman color film and Simhasanam (1986), the first 70 mm film. The superstar established Padmalaya Studios in 1970 and went on to produce some highly successful films. Superstar Krishna passes away: Chiranjeevi, Allari Naresh, Gopichand Malineni and others condole the demise of Mahesh Babu’s father.

Krishna married Indira Devi in ​​1965. They had two sons and three daughters including Mahesh Babu. In 1969, he married actor Vijaya Nirmala and had a son. He died in 2019. The superstar was said to be depressed after the death of his wife Indira Devi in ​​September. He lost his elder son Ramesh Babu earlier this year.

Krishna was considered close to former Prime Minister Rajiv Gandhi. He joined the Congress party in 1984 and was critical of legendary actor NT Rama Rao and his Telugu Desam Party. Krishna had made a few films criticizing NTR and his government. Krishna was elected to the Lok Sabha from Eluru in 1989, but lost the election from the same constituency in 1991. Krishna distanced himself from politics after the assassination of Rajiv Gandhi.

He received several awards including the NTR National Award in 2003. In 2009, he was awarded the Padma Bhushan for his contribution to Indian cinema.

(The above story first appeared on Nov 15, 2022 09:00 AM IST. For more news and updates on politics, world, sports, entertainment and lifestyle, log on to our website.) latestly.com,