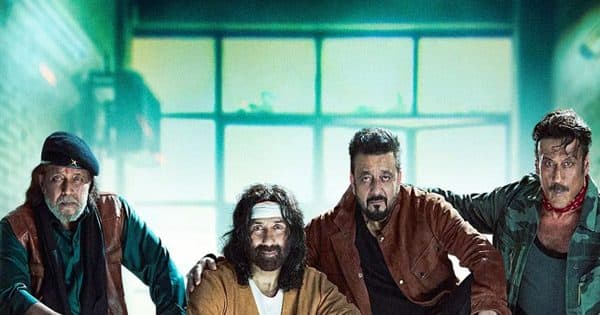 Good news for Bollywood lovers of the 90s. Sunny Deol, Sanjay Dutt, Jackie Shroff And Mithun Chakraborty Coming together for an action film. It will be directed by Vivek Chauhan. The film is believed to be on the lines of The Expendables. The first look was released today. All four men are looking great. It is a known fact that these stars still have a strong hold on the big markets of India. Sunny Deol fans are waiting to return in an action film, while Sanjay Dutt has already impressed as Adheera in KGF 2. All four people also recover.

Jackie Shroff has shared the first look of the film titled Baap. Ayesha Shroff and Krishna Shroff Got mad to see. The four men also share a great friendship. We have seen action-oriented masala films with a good script doing well, and the timing seems right here. The film will be shot on a marathon schedule in Mumbai. They will mostly shoot in the studio. Recently, all these actors have been quite active in the digital and film sector.

Mithun Chakraborty was seen in The Kashmir Files and people loved his performance. Jackie Shroff was seen in Radhe and has another film in his kitty. He is also doing a web show with Rasika Duggal where her character is quite interesting. Sunny Deol working on second installment of Gadar, which also stars Amisha Patel, Sanjay Dutt has the best lineup of them all. He will be seen in his 67th film opposite Thalapathy Vijay. Sanjay Dutt Also playing a lead role in The Good Maharaja which is on the Indo-Polish War.