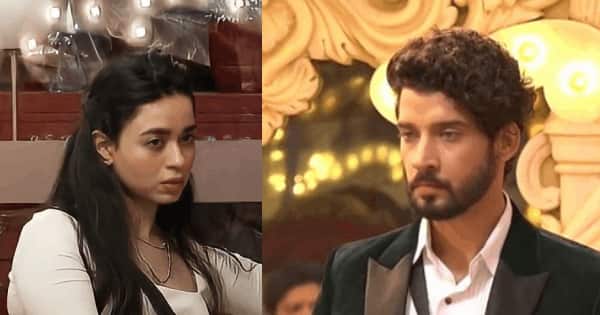 Bigg Boss 16 Weekend Ka Vaar with Salman Khan is always very interesting. He comes with a report card of the contestants and reprimands them for all their wrongdoings. He is also the one to uncover the true side of the stars. In a video launched by the channel, we see Salman Khan showing Soundarya Sharma the real side of Gautam Wig, which she has been defending for so long. The video shows Nimrit Kaur Ahluwalia and others making fun of Soundarya while Gautam Vig is sitting nearby and not saying anything.

In the clip, Salman Khan says that the person she was defending did not say a word in her defence. Soundarya then breaks down and has a big showdown with Gautham Vig. She says that if her father was inside the house, he would have slapped them all for making fun of her. She cries loudly while Gautham Vig tries to explain himself.

Watch the video of Bigg Boss 16 below:

#Friday Kavar A new revelation happened in, now what will be the next step of beauty? ,

Since the very beginning, the netizens as well as the housemates have been questioning the relationship between Soundarya Sharma and Gautam Vig. Both the co-contestants feel that their bond is not real and they are only making it up to be on the show. Even Salman Khan has questioned the bond they share. On the other hand, Gauahar Khan is tweeting on behalf of Gautam and Soundarya in their defense. One wonders whether their bond will change after this fight. Let’s wait and see.