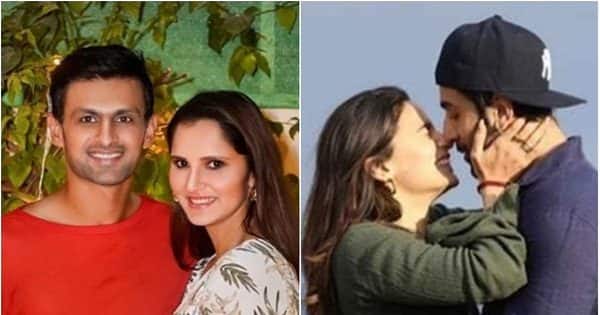 A lot has happened in the lives of entertainment celebrities throughout the day. From the news of Shoaib Malik cheating on Sania Mirza to the reason being believed to be the reason behind their divorce Ranbir Kapoor Bringing his newborn daughter and wife Alia Bhatt Home after delivery, here are the top Entertainment News today.

India lost to England in semi-final of ICC Men’s T20 World Cup 2022, Bollywood stars like Ajay Devgn, Farhan Akhtar All the more motivated to keep their chin up after their big loss to Team India. see full story Here,

Alia Bhatt’s mother Soni Razdan jumped with joy as she opened up about her daughter welcoming her first child and expressed her happiness over becoming a nanny. see full story Here,

Ranbir Kapoor won many hearts as he was seen holding his newborn daughter as he brought the little one and his wife Alia Bhatt home after delivery. see full story Here,

Years after the divorce, Arbaaz Khan opened up about his bond with his ex-wife Malaika Arora and said that they respected each other a lot after their separation. see full story Here,

Amidst the news of Sania Mirza and Shoaib Malik’s divorce, there are reports doing the rounds in the industry that the Pakistani cricketer cheated on the Indian tennis star, which led to their divorce. see full story Here,