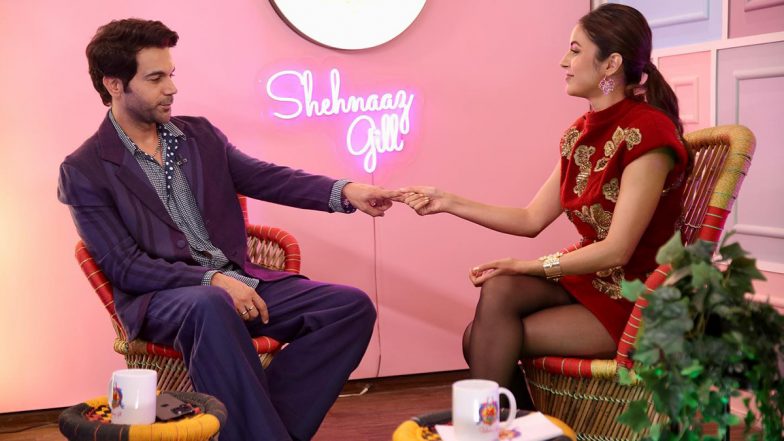 Singer-actress Shehnaaz Gill has expanded her wings. She is now exploring hosting stints with her chat show Desi vibes with Shehnaaz Gill, on Wednesday, bigg boss 13 Contestant Shehnaaz took to Instagram and informed her fans about her show by revealing pictures from the sets with her first guest, who is none other than Rajkummar Rao. Shehnaaz Gill’s fans got emotional over the actress’ rendition of the Punjabi song ‘Zindagi’.

“Dreams do come true…..and today was a moment when what I used to reveal came true. I always wanted to work with the very talented actor Rajkummar Rao and today I had my guest on my first chat show. Shot with him as – ‘Desi Vibes with Shehaz Gill’.”

“I am literally over the moon! Thank you so much @rajkummar_rao for honoring my request, you know you are the best,” Shehnaaz wrote on Instagram. In the pictures, both the actors posed different poses. The special announcement has left Shehnaaz’s fans extremely happy. “Proud of you,” commented one social media user. Hit – The First Case Trailer: Rajkummar Rao and Sanya Malhotra are riveting in this glimpse of their action-packed film.

Another one wrote, “Congratulations Shehnaaz. Meanwhile, Shehnaaz is gearing up for her Bollywood debut. someone’s brother someone’s life, which is headlined by Salman Khan. The film will release on Eid 2023.