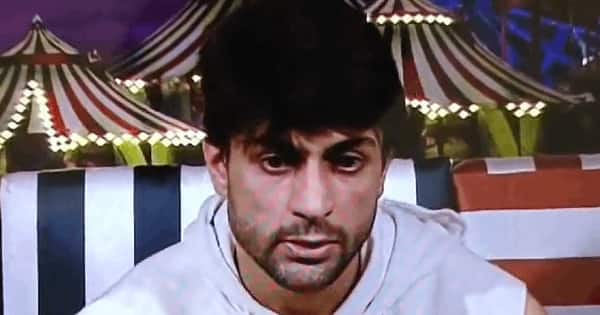 bigg boss 16 Update: shalin bhanot And mc stanThe major fighting lasted throughout the night. A fight ensued between them, in which both sides hurled abuses. Shalin Bhanot was then adamant that the intention of MC Steyn and Shiv Thackeray was to hurt and now he wants them to leave. MC Stan, Shalin Bhanot and Tina Dutta was called inside the confession room and she had to decide on the same. He said that both were at fault. After this Shalin Bhanot decided to take voluntary exit. Read this also- Bigg Boss 16: Fans sympathize with Shalin Bhanot after her decision to voluntarily exit; Says he ‘exposed’ Tina Dutta’s game [VIEW TWEETS]

In conversation with Bigg Boss, Shaleen Bhanot said that he is scared for himself and does not want to be in the show at all. After this, Bigg Boss reminds them of the penalty that they will have to pay for taking a voluntary exit. He agrees to the clause and states that he is willing to take care of it. big boss then says Salman Khan Will take care of it when he is seen in Friday Ka Vaar. After this Shaleen Bhanot comes out of the confession room and talks about this to everyone. Bigg Boss then announces to everyone that he has decided to quit. Some are surprised and so is Tina Dutta. Read this also- Bigg Boss 16 Promo: Shaleen Bhanot jokes with Tina Dutta as she did not take her side in the fight with MC Stan; It is said, ‘Ye jo khel hai na’ [WATCH]

After this, Shalin Bhanot starts crying bitterly in the bathroom area. He is upset with Tina Dutta for saying that she played her game. She is upset that he did not take her side inside the confession room. He almost broke down and was in tears. Read this also- Trending Entertainment News Today: Ira Khan gets engaged to Nupur Shikhare, Katrina Kaif angry with paparazzi, Salman Khan angry in Bigg Boss 16 and much more

,@bhanotshalin Rakhi demanded to be evicted from the house in front of Bigg Boss. What kind of decision will be taken now? ,#bb16 #bigboss16 #Bigg Boss #FridayKwar @BeingSalmanKhan

Meanwhile, before he took his decision, all the contestants in the house were fuming over what happened between MC Stan and Shalin Bhanot. Priyanka Chahar Chowdhary and Shiv Thackeray also had a fight in which she called him a goon.