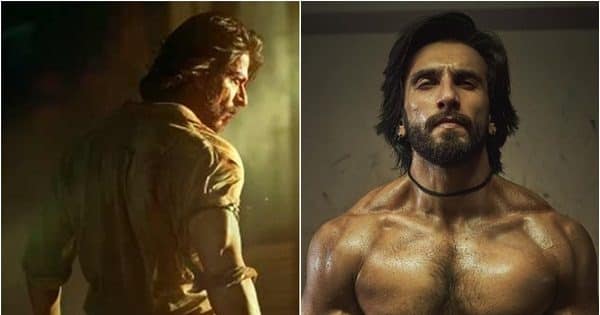 The entertainment world is buzzing throughout the day due to various reasons. From Ranveer singh Planning to leave YRF’s Talent Management Agency Navya Naveli Nanda Addressed to Jaya BachchanHis statement on his podcast, here are the top trending Entertainment News today.

Navya Naveli Nanda addressed the statements made by Jaya Bachchan on her podcast, where she said that she has no problem with her child being out of wedlock. see full story Here,

Radhika Apte expresses unhappiness with her small role in the film Hrithik Roshan And Vikram Vedha starring Saif Ali Khan and I wish her role of Priya was longer. see full story Here,

Ranveer Singh, who became an overnight star with his debut film with Yash Raj Films, is now reportedly planning to part ways with the YRF talent management agency. Ranveer has worked in many YRF films, which were hits. see full story Here,

the director Siddharth Anand revealed that Shah Rukh Khan challenged himself physically for his role in Pathan, which blew everyone’s mind. Pathan’s teaser was released on Shahrukh’s birthday. Shahrukh Khan has managed to impress the fans with his chiseled body. see full story Here,