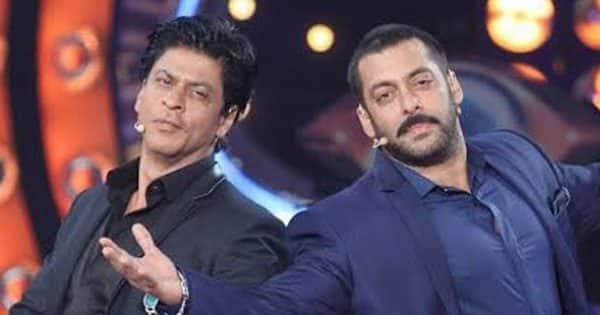 Shahrukh Khan And Salman Khan Have been best friends in Hindi film industry. They call each other brothers and their fans appreciate their love and care for each other. While Shah Rukh is gearing up for the release of his much-awaited film Pathan, Salman is shooting for his upcoming espionage thriller Tiger 3. And if latest reports are to be believed, Shah Rukh will be seen as Pathan in Salman’s film. tiger 3.

Earlier, it has been reported that Shah Rukh and Salman will be seen doing a cameo in their respective films Pathan and Tiger 3. Now it is being said that Shahrukh will be shooting for an exciting sequence in the film.

“Shah Rukh Khan will be shooting for Tiger 3 soon after Pathan’s release, thus confirming his presence in the Tiger franchise. Aditya ChopraThe paths of the spy universe, SRK, Salman and Hrithik will cross continuously to make the grand finale of the spy universe. It will be a massively mounted action sequence where Pathan and Tiger come together for a very important scene. It will also be a huge cinematic moment for the audience to love.”

For Yash Raj Films, Pathan, Tiger and war The franchise is the three most important pieces of the detective universe created by Aditya Chopra. It turns out to be a thrilling universe as they bring together some of the biggest superstars which can be interesting enough to give the audience an edge of the seat sequences, which aim to advance the plot.

Shah Rukh will be shooting for his Tiger 3 sequence after January 25, 2023.