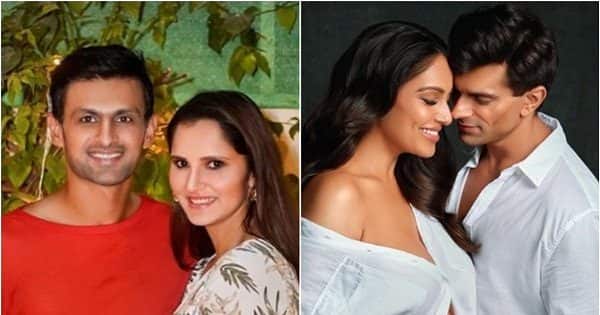 The world of entertainment has been trending throughout the day for various reasons. From Bipasa Basu And Karan Singh Grover To be a proud parent to your baby girl for the real reason Kartik Aaryan And Akshay Kumar Being revealed, here are the top trending Entertainment News today.

Akshay Kumar finally opened up about not doing Hera Pheri 3 and replacing Kartik Aaryan. He said that he is not satisfied with the story, screenplay and other aspects of the film. see full story Here,

Shahrukh Khan was stopped by the Mumbai airport authorities after his return from Sharjah. The custom duty was asked to pay a fine of more than Rs 6 lakh for carrying expensive watches while traveling in a chartered plane. see full story Here,

The real reason to replace Akshay!

As per reports, Akshay Kumar had quoted Rs 90 crore for the film and some extra portion of the profits, while Kartik was ready to do the film for Rs 30 crore. The makers of the film had no option but to go ahead with Kartik instead of Akshay. see full story Here,

Bipasha Basu and Karan Singh Grover have become parents to a baby girl. The couple took to social media to share the news with their fans and well-wishers. He also revealed the name of the baby girl. see full story Here,

Why didn’t Sania Mirza and Shoaib Malik break their silence on divorce?

The news of Sania Mirza and Shoaib Malik’s divorce has left their fans stunned to the core. His close revealed that the two are officially divorced. The real reason behind his silence has now come to the fore. see full story Here,