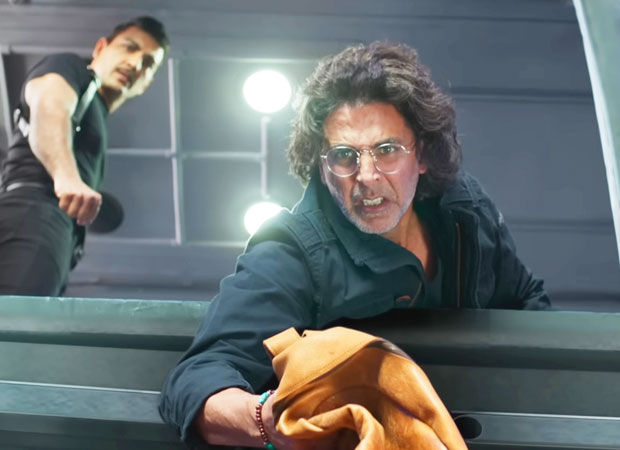 Akshay Kumar starrer Ram Setu India is witnessing a drop in collections at the box office. 26.65 crores in the first two days after depositing Rs. 26.65 crores, the film fell 30 percent on the third day. According to initial estimates. Ram Setu Collected in the limit of Rs. 7.60 to 8.20 crores on the third day. Multiplexes declined by 35 per cent, but mass belts acted as a stabilizer and overall declined in the range of 30 per cent.

Ram Setu It is falling after the first day but it was expected as the film released on Tuesday with mixed reviews from critics and audience. Acid test will be held tomorrow-Friday. If Ram Setu If it declines by 15 to 20 per cent on Friday, it will end its run way under Rs. 100 crores at the box office. On the third day also, the business benefited due to the holiday of Diwali festival being in the collective belt.

Friday will not be the flavor of the festival in most states and hence it is not surprising if there is another drop in the numbers. Three days are short for a festival release featuring a star of Akshay Kumar’s caliber. Three trading days for a Diwali release should have been above Rs. 45 crores, but Ram Setu is less than expected.

In the next 3 days, we’ll have to see if Ram Setu Can somehow manage to reach around Rs. 60 crore mark as it could keep it in the race to hit a century, though the trend in the first 3 days shows a rough path for this Abhishek Sharma-directed action adventure.