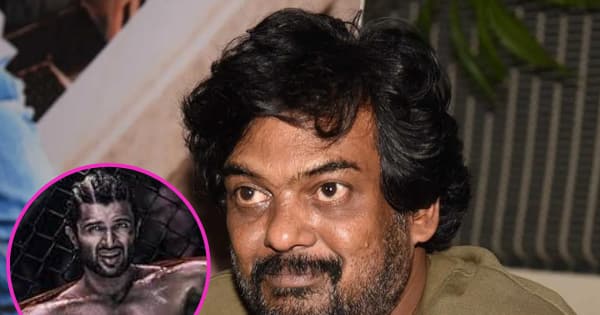 film producer Puri Jagannadhi Once again in the limelight. a leaked audio of Liger Helmer is going viral on social media. According to media reports, Puri Jagannath is seen reacting to the protest message of the distributors going viral. Vijay Deverakonda-Ananya Pandey The starrer multi-language release Liger was a huge success at the box office. Despite huge publicity across the country, it surprised everyone. And after the Liger box office disaster, reports surfaced that the team was trying to make up for the loss. And amidst all this, a WhatsApp chat and the alleged leaked audio of Puri Jagannath is going viral. Also read- Malobika Banerjee was surprised to see Vijay Deverakonda in liger after mocking Hindi language: ‘He told me it’s like Hebrew’

Plan to protest against Puri Jagannath after Liger fail?

Ram Gopal Varma shared a screengrab of a WhatsApp message alleging that the distributors were planning to hold a protest in front of Jagannath’s house for almost four days on the 27th. A report by Pinkvilla said that there were around 83 distributors who can come to protest. The message also included that if any distributor does not come then they will be removed from the beneficiaries. There will be no loss and no further information will be provided in the absence of attendance on the said day. Also read- Did Janhvi Kapoor reveal about Vijay Deverakonda’s relationship status? ‘She’s practically married’, says Miley actress

As per reports, the purported audio clip of Puri Jagannath is going viral in which he claims that he does not have to pay anyone and has already spoken to the buyers. They agreed on a fixed amount and also asked for a time period of one month for the same. However, after the feedback from the distributors, they say that they will not make up for the loss. Puri Jagannadhi Asked if they were blackmailing him. He alleged that he played a big poker-like gamble here with some winning and some losing. He talked about his other films and said how he collects money from buyers and whether the buyers union will collect it for him. It is alleged that Puri said that he would pay those who did not protest. Also read- Vijay Deverakonda-Rashmika Mandanna’s happy times with Nayanthara-Vignesh Shivan twins and more: Glimpses of South stars at Diwali 2022 celebrations

LIGER. threatening to broadcast messages in distribution groups about pic.twitter.com/RkYRYkNrwz

All is not well between Puri Jagannath and Vijay Deverakonda?

According to a report in TOI, Puri Jagannath and Vijay Deverakonda are not on talking terms. The portal said that Vijay has withdrawn from Jana Gana Mana and is not taking calls from Puri as well. It was also told quoting a source that Vijay also has arrears of Liger which has not been paid. Things are very risky right now.