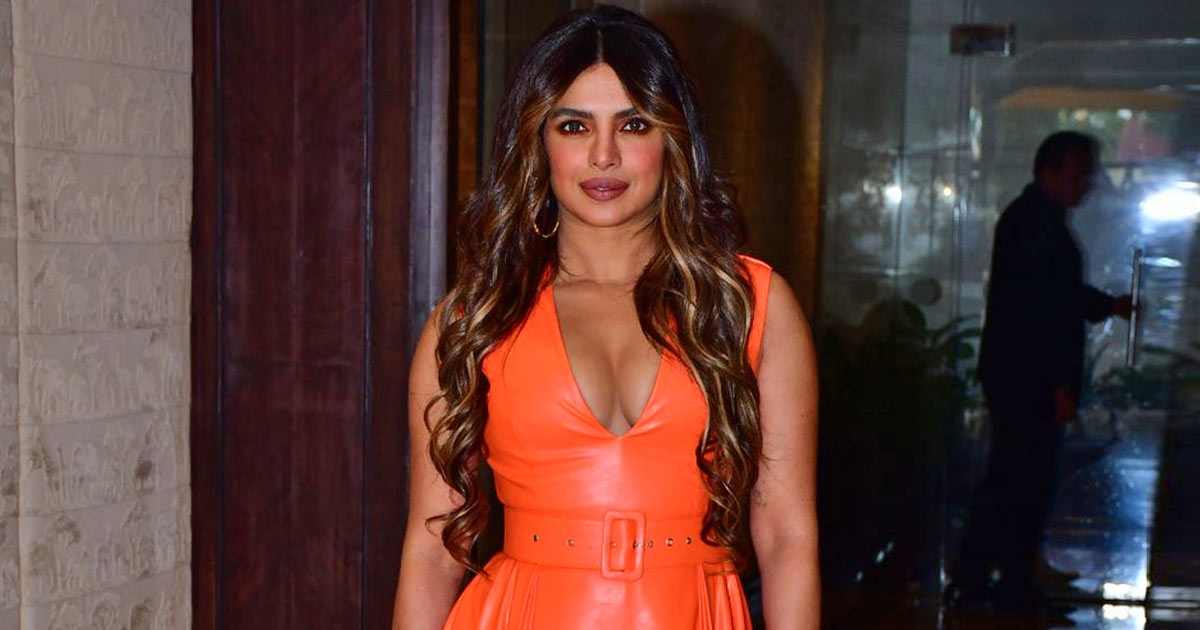 Global icon Priyanka Chopra Jonas is currently in the city to promote her hair care brand. A few days back, the actress landed in Mumbai and since then she has been giving several appearances. PeeCee is making headlines with her fashion choices during outings in the Bay. After slaying the gray suit with a bralette top Insta like a boss lady, her recent appearance doesn’t go down well with the netizens.

After welcoming a baby girl via surrogacy, PCJ is having a great time as new parents with her husband Nick Jonas. The diva was recently in the news for her family pictures shared on the occasion of Diwali.

Although, Priyanka Chopra Jonas These days trolls are being made about her latest look. For her latest outfit, the global star wore an orange outfit with a dark neckline. During her visit to India, Peecee is seen sporting hair extensions, which she has been slaying since the beginning. However, this does not go down well with the netizens as they trolled them for using fake hair and promoting hair care products.

A section of netizens earlier trolled her for her outfit. One user commented on the video, writing, “Kuch dhang ke kapda bhi jaane lo,” another called her “the most overrated pug-phera I’ve seen.”

Some users later slammed Actress For using hair extensions and promoting hair care products. One user wrote, ‘It is very wrong to promote hair products when you have hair extensions. Confusing! “Is the hair real or fake” read another comment. A netizen even called it the ‘Yogi Baba Effect’. Check out the video below:

Recently, Priyanka Chopra Jonas took the fashion quotient to the next level when she was seen wearing a white crop top with flared pants. What grabbed everyone’s attention was her b**bs accessories which are a must have in the wardrobes of fashionistas.

must read: Pathan 2 happening? Shahrukh Khan said in a possible sequel, “You guys pray that the sequel gets made”