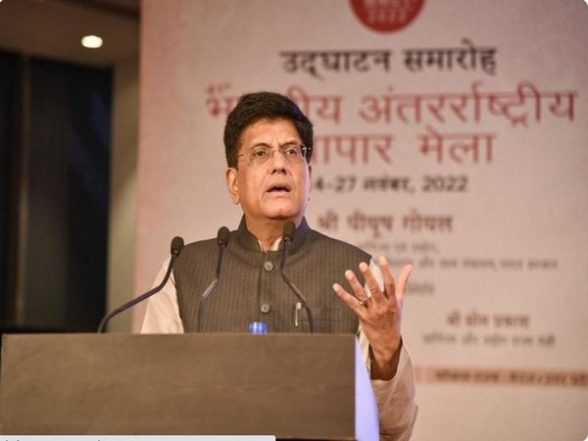 Union Commerce and Industry Minister Piyush Goyal on Thursday called for some sort of self-regulation within the media and entertainment industry with regard to content and said that if the industry does not self-regulate, there will be an uproar from society and the government. Then regulation has to be done. Addressing the concluding session of the 11th Big Picture Summit of the Confederation of Indian Industry (CII) in New Delhi, he said, “On one hand we talk about our culture, our heritage, our rich tradition, our family value system and on the other television And what we see on OTT platforms definitely goes beyond the commonly accepted standards within the Indian cultural landscape.” Data Theft: 6 out of 10 Indians report a breach of personal information by their loan service providers.

Goyal said the media and entertainment sector presented a remarkable opportunity for India, but stressed that this opportunity can be realized only when the entire industry, its verticals and stakeholders think together and synergize . He lauded the industry for informing, connecting, engaging and entertaining content during the Covid pandemic. Goyal said that our legal framework needs to be made more contemporary.

“It was time we came out of the colonial mindset envisioned by Prime Minister Narendra Modi and moved away from archaic laws. He assured that the government would engage with industry to envision laws that would actually facilitate growth and Makes day to day life easier.” operations in this area,” he said. The minister also said that efforts would be made to simplify the ecosystem of permissions for shooting in India by making provisions for granting them through a single window framework. Goyal further added, ” The Center has already liberalized FDI in the entertainment industry to enable companies from across the world to invest in India and all efforts should be directed towards rolling out the red carpet for international artistes in India.”

With the suggestion to “make content in India for the world”, the Minister said, “Content can be made in India at a very affordable cost and underlined that India has the potential to become a content maker for the world. He also pointed out the employment opportunities generated by the industry and said, “The entertainment industry has great potential for job creation and called for more skill development and educational courses.”

He also stressed on the need to ensure proper wages, social security, health care etc. to those working in this sector so as to make them an integral part of the success story of this sector. The minister released two reports prepared by the Confederation of Indian Industry (CII) on broadcasting. Apoorva Chandra, Secretary, Ministry of Information and Broadcasting and other dignitaries were present on the occasion.