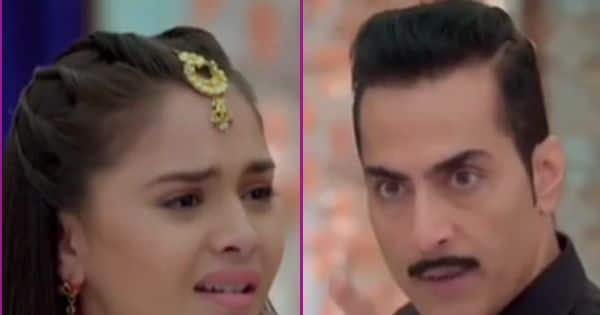 In the current episode of Anupama, Pakhi marries more against the wishes of her family. Anupama and Anuj take the couple to Shah’s house. Barkha does not approve of their agreed marriage and on the other hand Vanraj gets irritated with his daughter. Pakhi wants to have a grand wedding. Vanraj refused to participate in the wedding rituals. While Anupama refuses to spend a single penny on Pakhi’s wedding.

In the upcoming episode of Anupama, the members of the Shah family will be seen celebrating the festival of Bhai Dooj together. Samar and Toshu will miss Pakhi and Vanraj will also miss his daughter. On the other hand, Pakhi will get emotional remembering the old days. Vanraj will send Toshu and Samar to Kapadia House to celebrate Bhai Dooj. Barkha refuses to talk to Adik and is heartbroken. Anupama decides to organize Pakhi’s wedding rituals at Shah’s house.

Pakhi will fight with Anupama and curse her. Samar will tell Pakhi that he is wrong, but she does not agree with him. Maan’s fans got irritated with Pakhi’s attitude after doing the wrong and called her selfish.

How did the netizens react to this attitude of Pakhi –

Pakhi parents are the worst, always admit their mistakes without punishing them

#anupama #Value @ketswalawalkar #dkp Producer/writer to remind that Anuj remembers the same stand and straight P, the way he reacted to Bibi when she was insulting Anupama? pic.twitter.com/Xd0rQ9Uxmc

Dosho in this #anupama and V’s. If both of these milks had earlier played such a grown-up poor child, then they would not have read to see such a day today. Do not listen to such dialogues with such courage Behsaram to your mother??? Shameless pakhi..

@ketswalawalkar How bad is the TRP of your show, the poor Pakhi is looking so upset that it seems that we should throw it out after slapping it.
worthless daughter auri #anupama What is the message that new power is giving to him like that sweet? #man