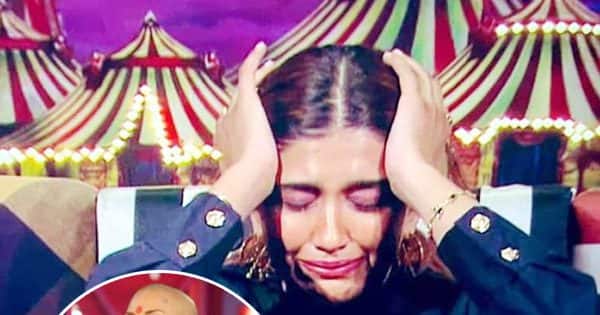 Bigg Boss 16: Nimrit Kaur Ahluwalia broke down after some incidents that happened against her on the show in a recent episode and one of them was when she was left completely blank when host Salman Khan asked her to open and shut. What is the point of Case because he is a law student. Nimrit was blank and could not answer Salman Khan and later took a dig at him saying that she wanted to become his lawyer immediately, Nimrit apologized to the superstar and said that she takes back his words. Nimrit looked confident and many viewers thought that she was upset about something as she broke down in front of Bigg Boss.

Diandra Soares who was a part of Bigg Boss show and her love angle with Gautam Gulati is the hottest topic for Bigg Boss love stories. Diandra felt for Nimrit and shared his picture on her Twitter account and questioned why she participated in the show as she has not fully recovered from her mental health issues.

Clearly not yet fully recovered from her mental health issues. And is on a reality show which is mainly a show of psychic power. Even the smartest person can lose it out there. She is on medication and everything that she is battling. And this is dangerous. #mental health matters pic.twitter.com/HlY8XJ04np

As she mentioned earlier, getting out is her coping mechanism, it’s for her own mental sanity. Give it back, girl. just take it out!

to your conscience, #NimritKaur Ahluwalia? need to go home. He clearly suffers from anxiety and depression. He needs help. @Bigg Boss #bigboss16 @colorstv

While there are a lot of viewers who have come out in support of Nimrit and asked the makers to stop making fun of his profession and reminded that he did the same with Umar Riaz.