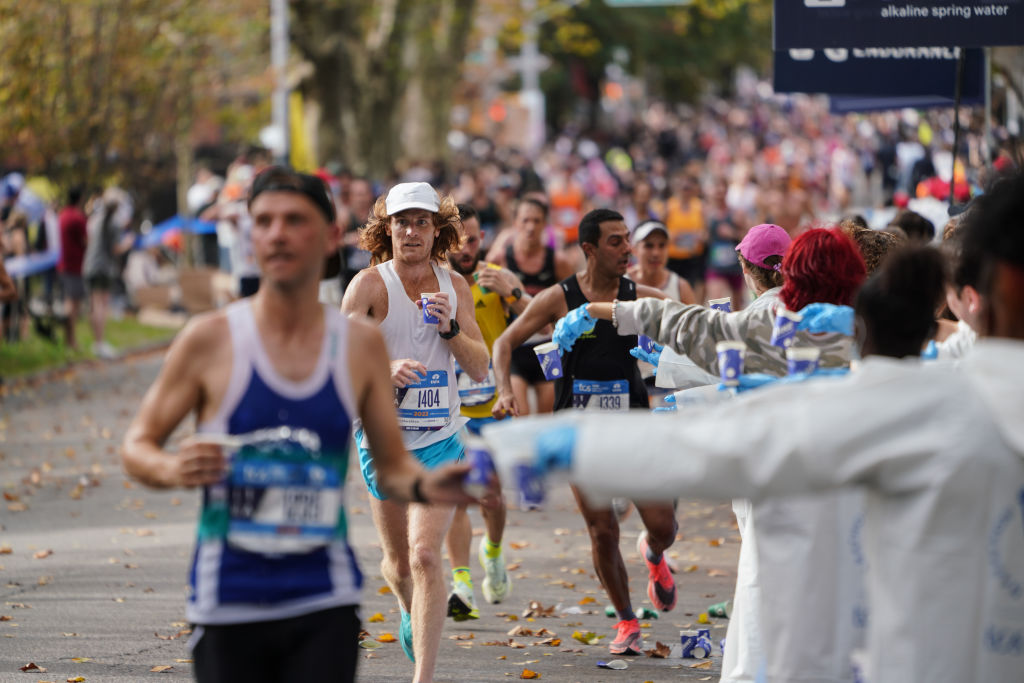 More than 50,000 runners took to the streets today for the New York City Marathon, challenging not only the 26.2-mile course, but the unseasonably hot weather, which climbed into the 70s.

While most of the runners were fairly anonymous amateurs, there were a few familiar faces in the marathon.

Ultimately, Kenyan Evans Chebet won the race, as Brazilian front-runner Daniele do Nascimento became cramped due to the heat and fell on the course. While the temperatures in New York may not seem extreme, hot weather is tough over a very long run, as the body begins to divert blood and sweat in an effort to keep cool. This speeds up dehydration and can cause cramps.

Among the enthusiasts who attended the course were Ellie Kemper of “The Office” and “Unbreakable Kimmy Schmidt”; TJ Holmes and Amy Roback of ABC’s “Good Morning America”; And Ashton KutcherWho? RaiseMore than $1 million for the non-profit technology company Thorn, she co-founded to help stop the sexual abuse of children.