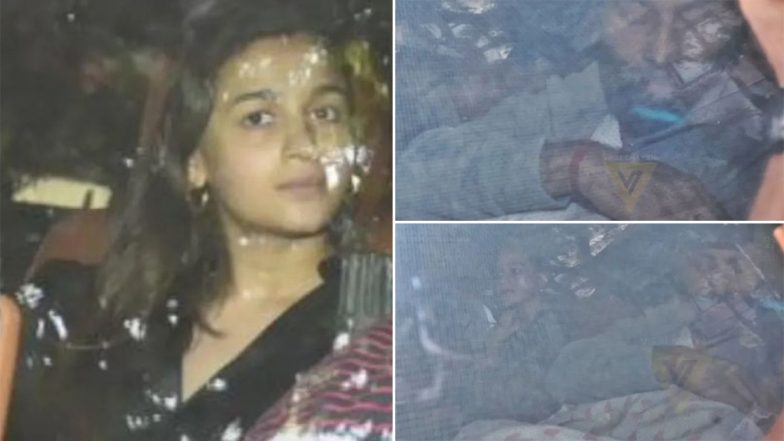 Mumbai (Maharashtra) [India], Nov 10 (ANI): Alia Bhatt made her first appearance after giving birth to her baby girl on Thursday morning. Ranbir was seen holding the child in the car. brahmastra The couple were being taken back home in a car. In the pictures, Alia is seen wearing a black outfit and golden hoop earrings. There was a glow on his face after the delivery. At the same time, the new daddy was seen holding his newborn in his lap. Alia Bhatt discharged from hospital; Video of Ranbir Kapoor holding his newborn daughter goes viral – Watch,

Ranbir’s mother Neetu Kapoor was seen leaving the hospital. Alia Bhatt announced the arrival of her baby girl via an Instagram post, which read, “And in the best news of our lives:- Our baby is here…and what a magical girl she is. We are officially Are bursting with love – blessed and passionate parents!!!! Love love love Alia and Ranbir.” Parents Alia Bhatt and Ranbir Kapoor leave home with their baby girl (Watch Video),

The couple welcomed a baby girl on November 6 around 12:05 pm. Soon after Alia shared the news on her social media, fans flooded the comments section and left red-hearted emoticons and congratulatory messages for the new parents. He reached Sir HN Reliance Hospital in Mumbai on Sunday morning and this news made his fans quite curious.

Alia during her pregnancy has often been keeping her fans awestruck with cute pictures from her pregnancy diaries. The power couple announced their pregnancy in June this year. brahmastra The couple tied the knot after dating for years at Ranbir’s Mumbai residence in an intimate ceremony on April 14, 2022, just two months after their wedding, the couple surprised their fans with such a huge .

On the work front, Alia and Ranbir were recently seen together in sci-fi action film Brahmastra Part 1 – Shiva Which got an overwhelming response from the audience. Directed by Ayan Mukerji, the film also starred Amitabh Bachchan and Mouni Roy in lead roles. brahmastra Now streaming on OTT platform Disney + Hotstar.