Kody Brown: I Don’t EVER Want to See Christine Again! 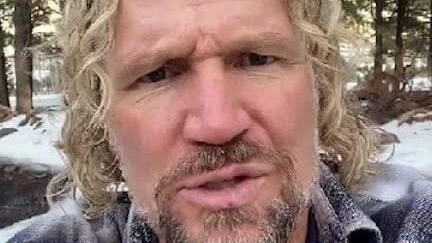 Now that Christine Brown is gone and living her best life, Cody has a lot to say,

sister Wives The villain seems to be stuck on the “Rage” phase.

He’s raining on Christine, as if He There was no master of all these.

Now, Cody is declaring that he never wants to see or think about Christine again. Pretty sure the feeling is mutual, dude.

In the Sunday, November 20 episode sister WivesCody Brown is not mincing words.

He yells angrily at the camera, declaring: “I never want to see Christine again.”

This is more than her accepting the end of the marriage. It seems like he’s pretending it was his idea.

“I don’t want to think about that,” Cody then spits while talking to the camera.

“I never want to drive this home again,” he bitterly details, “and grieve over it.”

Cody then declares: “I don’t want to sit and live in this place again.”

“I don’t want to deal with this at all,” Cody told the cameras.

A very old clip shows Cody complaining about Christine’s decision to leave him and live the life she deserves.

“Instead of being accountable, you are running away. You’re like ‘I’m divorced,'” she complained.

Cody went on at that point: “I’m leaving, I’m done with you.”

In the new episode, we hear him continuing.

“It’s kind of a strike to all my feelings,” Cody said.

“And,” Cody continues with no trace of self-awareness, “all the things I’ve done.”

He insists that he has done a lot “to make our family come here”.

So, as Cody sees it, “for this family to gather, and to say ‘goodbye’.”

He declares that “This is just wrong with me. Off the charts.”

“It’s not even fair,” Cody lamented.

Then whisper that “it sounds so mean.”

Well, it is never easy when your spouse leaves you. But “lowly” sounds like a bit much.

First of all, doesn’t it stand to reason that Christine’s family would come together to say goodbye to her before she leaves?

And secondly… if we’re talking about “demeaning”, how do we say how he treated Christine over the years?

In Christine’s own words, she felt that she had become what polygamist circles refer to as a “basement wife”.

It may sound like a pretty name for a cryptid, but it essentially refers to the wife in a plural marriage whose husband values ​​her the least.

Christine felt as though she was Cody’s last priority. Years without intimacy or affection made that abundantly clear.

You know who was never the “basement wife” in this marriage? Robin.

But even now, while he complains about his feelings, Cody is also complaining about how Christine treatment robin, this guy seems capable Only To double