King Charles Had Valet to Look After His Teddy Bear in His 40s According to a New Book! 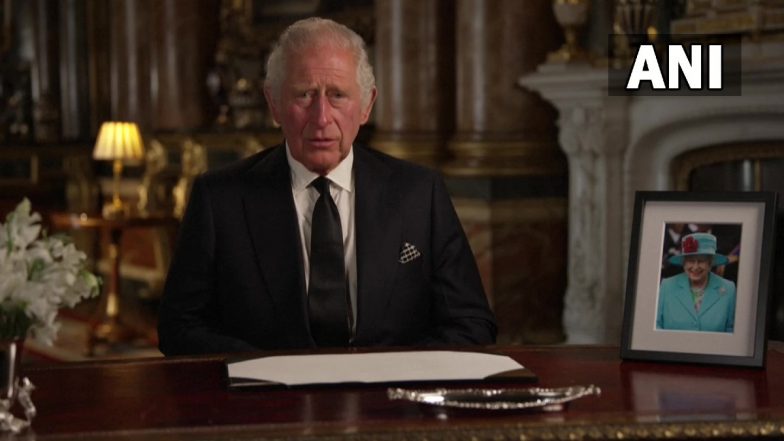 A new book titled ‘The King: The Life of Charles III’, out 8 November, has some interesting details about Britain’s new king. According to the book, King Charles was so fond of his childhood teddy bear that he had a person to look after the stuffed toy! According to page sixChristopher Anderson has written the book ‘The King: The Life of Charles III’. He wrote that the new king’s former trusted servant, Michael Fawcett, was in charge of the stuffed toy when Charles was in his forties! UK: 4 arrested after cake of wax statue of King Charles at Madame Tussauds London was vandalized (Watch Video).

Mabel Anderson, the former nanny of the royal family, was thrown out of retirement whenever the toy required maintenance. A former valet claimed in the book that the retired nanny was “the only human being allowed to carry needle and thread in Prince Charles’ teddy bear.” According to Anderson, “He (King Charles) was well into his forties, and every time that teddy needed repair, you would think it was his own child who had major surgery.” The 41-year-old cake from the 1981 wedding of King Charles and Princess Diana will be auctioned!

page six It was further reported that according to the book, Valet Fawcett was also in charge of shaving the face of the then Prince of Wales, helping him put on the pants, tying his shoes, and squeezing toothpaste onto his monogrammed toothbrush. Every night, he made the royal bed and put on his pajamas. An old New York Post report claimed that Charles’ late wife Princess Diana and Paul Burrell, who served as butler to the Queen, revealed that Charles gave precise instructions for ironing his shoelaces. “Her pajamas are pressed every morning, her shoelaces are ironed, the shower plug needs to be in a fixed position, and the water temperature just needs to be mild,” Burrell was quoted as saying by the New York Post. Filled in the bathtub “only half full”.

He added that even the king “makes his servants put an inch of toothpaste on their toothbrushes every morning.” He loves healthy options for breakfast when it comes to his eating habits and schedule. The New York Post quoted a former member of the Royal staff – Chef Graham Newbold – who said King had “a healthier option. He would have homemade bread, a bowl of fresh fruit, fresh fruit juice,” Newbold said. He continued, “The prince has a breakfast box with him wherever he goes in the world. He has six different types of honey, some special muesli, his dried fruits, and something special that he’s a little fussy about. Is.”