Kendall Jenner Reveals Her Horse Is Expecting a Baby Via Surrogate 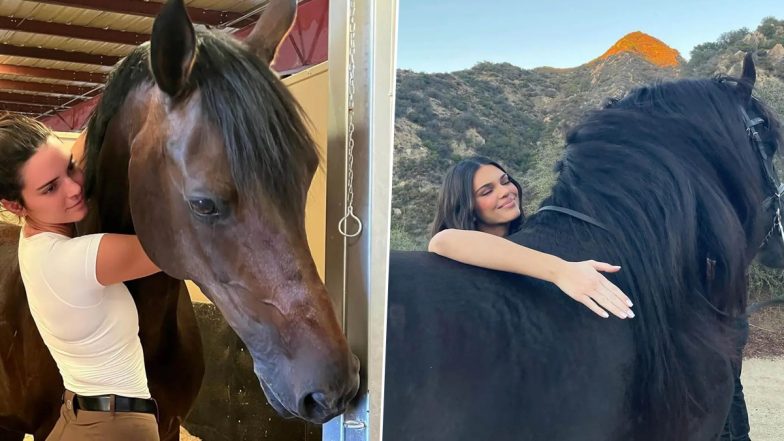 Kendall Jenner made many revelations this season kardashian The show, in the latest episode was made most heart touching by him. She revealed that she is expecting a baby boy! Well, don’t get excited. She is expecting a baby boy, Horse. “I just got the news,” the 27-year-old informed her glam crew. “They just wrote to me that we have an embryo!” Kendall Jenner and Devin Booker have called it quits after two years of dating — report,

Jenner continued to say that she decided she wanted a foal last year and requested the horse’s ‘sperm’ from hairstylist Jen Atkin for her birthday present. According to page six, she continued, “Remember when I asked you for sperm? Jen said, ‘I really want to get Kendall something nice for her birthday.’ And I was like, “Sperm. Horse sperm.”

The model admitted in a confession that she had to buy sperm from a “stud,” or male horse, and that she was being fussy about who she chose. On a previous episode of The Kardashians she revealed that she had to pee in a bucket of ice when she was on her way to the Met Gala. “I need to take a sip of water, and I need to pee. No one judges me,” Jenner told her entourage of aides and assistants in a Sprinter van. page six,

The 27-year-old initially laughed off the idea of ​​using an empty ice bucket, but eventually made up his mind to give it a go. “To whoever deals with my pee later, this is very embarrassing. I’m so sorry,” she said. Later that night, someone in the crew jokingly asked if she could sell urine, and another assured her that peeing in buckets was a typical occurrence for artists in between concerts. However, it is unclear which unlucky team member had to face the dirty work later that night. From Kendall Jenner To Megan Fox, The Hottest NSFW Celebrity Costumes That Brought The Sexy Heat To Halloween 2022!

According to page six, Jenner asked someone to turn on the music as she pulled up her skirt to put the bucket under her, later admitting that her heavy, flowing black gown made it look like she was just getting out of a van. . “Prada, I’m so sorry!” He said before admitting that he had urinated on her feet by mistake.

Jenner admitted that using the restroom in the van was the “biggest decision” she ever made. “I don’t know what I did when I came in,” she admitted. At that evening’s event, Jenner wore a sheer black crop top and bleached her eyebrows, mentioning in the episode that she looked “alien”. The Met Gala, she remarked, was just the right opportunity to go for it and try something new. page six,