Katrina Kaif promotes Shah Rukh Khan film in Zoya style, ‘My friend is on a mission…’ 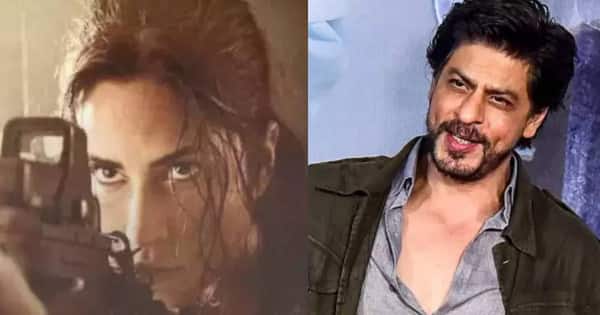 Pathan’s wait is about to end as the much-awaited film is all set to release tomorrow i.e. 25th January. Fans are eager to see Shah Rukh Khan on screen after four years. The film has raised the excitement and has done stupendous business with advance bookings. Meanwhile, Katrina Kaif has promoted the film in her classroom and asked fans to join her in the no-spoiler mission. Read this also- Alia Bhatt pregnant again after Raha Kapoor? Take a look at pregnancy rumors of Bollywood actresses that left us shocked

Katrina Kaif aka Zoya has sent a strong message to her fans about her friend Pathan. She asks the people in her character of Zoya from the Tiger franchise a favor not to give any kind of spoilers of the upcoming film. The actress shared a story on her Instagram account informing people that her friend Pathan is on a dangerous mission. She tells that in the interest of national security, it is necessary that no one should reveal anything about this. While talking to the audience, he further said that everyone is a part of this classified mission. Read this also- Alia Bhatt beats Kiara Advani, Deepika Padukone, Katrina Kaif and these actresses to become Bollywood’s most popular female heroine in 2022

During this, Salman Khan Tiger is said to play a cameo in the series Shahrukh KhanK Pathan. And the superstar can be seen in his character from the Tiger franchise. On the other hand, Shah Rukh will also play a cameo in the third installment of Tiger 3. Now, Katrina Kaif Following his message, she also becomes a part of the film’s promotional campaign. Read this also- Athiya Shetty-KL Rahul wedding: The star couple follows the Bollywood wedding trend; Strict instructions given to the guests?

Part of Pathan Aditya Choprahas an ambitious Spy Universe that he wants to start. It is expected that Yash Raj Films will also come up with a Spy Universe. This action film based on patriotism is releasing a day before Republic Day. The film stars Shah Rukh Khan on a mission to save the country played by a villain John abraham And Deepika Padukone Female is dominant. The film is set to release on January 25 in Hindi, Tamil and Telugu.