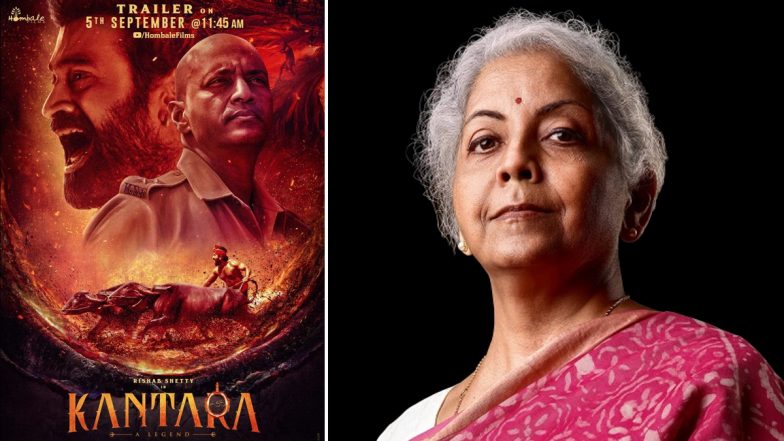 Finance Minister Nirmala Sitharaman took time off from her official engagement to watch a Kannada blockbuster film on Wednesday Kantaras,

“Watched #KantaraMovie in Bengaluru with a team of volunteers & well wishers. Well made @shetty_rishab (Writer/Director/Actor). The film depicts the rich traditions of Tuluvanadu and Karavali,” the Finance Minister said in a tweet. Rajinikanth described Rishabh Shetty’s Kantara as a ‘masterpiece in Indian cinema’.

He saw the film in a mall theater here. This low budget action thriller showcases the indigenous art of Karnataka to a huge commercial success. In her earlier stint as Defense Minister, Sitharaman had seen the film Uri: The Surgical Strike, With a group of war veterans in 2019.