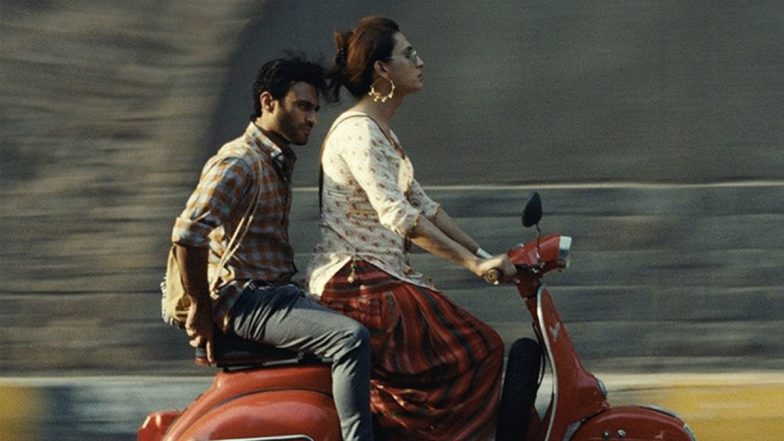 Pakistani authorities have banned filmmaker Sam Sadiq’s critically acclaimed film joyland The film was cleared for public viewing months after a certificate was issued alleging that it contained ‘highly objectionable material’. joyland, Which is also Pakistan’s official Oscar entry, which was certified by the government on 17 August. However, recently objections were raised over its content. Joyland: Pakistan censor board bans country’s official entry to Oscars 2023 after clearing it in August – report,

This prompted the Ministry of Information and Broadcasting to explicitly ban the film to avoid a backlash by the country’s conservative elements. In its notification dated November 11, the ministry said that the film does not conform to the “social values ​​and moral standards” of the country. “Written complaints were received that the film contains highly objectionable material which is not in line with the social values ​​and moral standards of our society. and is clearly contrary to the norms of ‘civilization and morality’ as laid down in section 9 of the Motion Picture Ordinance, 1979,” the minister said in the notification.

Sadiq’s directorial debut will compete for a spot in the last five of the Best International Feature category at the 2023 Academy Awards. The ministry in its order has banned the screening of the film in the country. The film was scheduled for theatrical release in Pakistan on 18 November. “In exercise of the powers conferred by Section 9(2)(a) of the said Ordinance and after conducting a comprehensive inquiry, the Federal Government has declared a feature film to be called ‘Joyland’.’ An uncertified film in cinemas for the whole of Pakistan As such, which comes under the jurisdiction of CBFC with immediate effect,” the order read. The Kerala Story: DGP orders registration of FIR against Adah Sharma starrer after film’s teaser triggers,

Mushtaq Ahmed Khan, the lone senator of the radical Jamaat-e-Islami in Pakistan’s Senate, welcomed the government’s decision to ban the film, saying it was against Islam. He tweeted in Urdu, “Pakistan is an Islamic country and cannot be permitted against any law, ideology or activity.”

In a Twitter thread, actor Sarwat Geelani slammed Pakistani authorities for coming under pressure from “some malicious people” who are running a defamatory campaign against the film. “It’s a shame that a Pakistani film made in 6 years by 200 Pakistanis that got a standing ovation from Toronto to Cairo to Cannes is being stopped in its own country. Don’t miss this moment of pride and joy from our people.” snatch it!

“Nobody is forcing anyone to watch it! So don’t force anyone not to watch it! Pakistani viewers are smart enough to know what they want to see or not. Let the Pakistanis decide.” Don’t insult their intelligence and our hard work! He wrote using the hashtag #ReleaseJoyland.