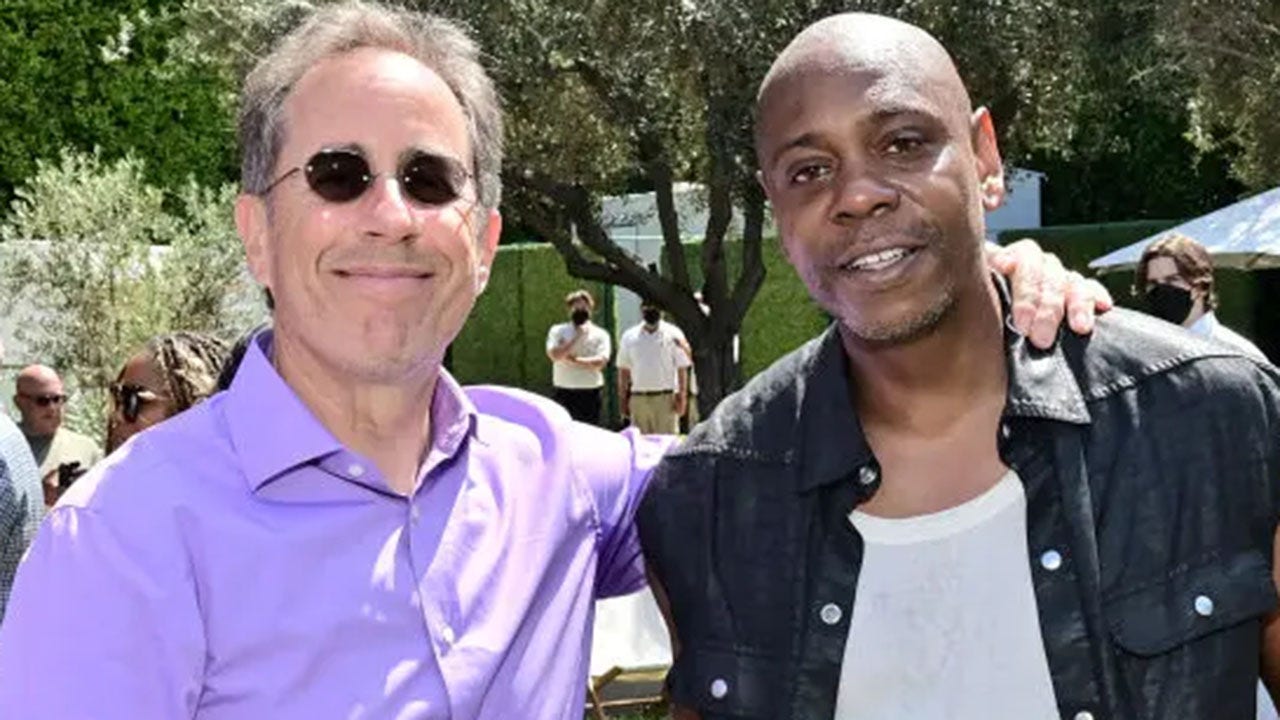 Chappelle, 49, hit back at comments he made about the Jewish community during his opening routine, which critics slammed as “normalising antisemitism”.

In an interview with The Hollywood Reporter, Seinfeld, 68, was asked to share his thoughts on Chappelle’s comments on Jon Stewart and Stephen Colbert’s recent debate and if he thought the monologue was funny.

“I thought the comedy was well executed, but I think the subject matter calls for a conversation that I don’t think I want to be in this space,” the comedian, who is Jewish, told the outlet. told.

When pressed as to whether the monologue made him “uncomfortable”, the stand-up star replied, “It provokes a conversation that is hopefully productive.”

Dave Chappelle Is Fighting To Cancel Culture, 3 Comedians Say Free Speech Will Be Overwhelmed By Censorship

“Seinfeld” alum He was then asked if he planned to negotiate with Chappelle as the comedians appeared to share a “close relationship”.

Seinfeld said that while the “comedy was well executed,” he thought that “the subject calls for a conversation.”
(Getty)

Last weekend, the “Chappelle’s Show” alum hosted “SNL” and during his 15-minute opening bit, joked about the recent antisemitic comments made by Kanye “Yeh” West and the NBA star. Kyrie IrvingWho promoted an antisemitic film on Twitter.

Jonathan Greenblatt, CEO of the Anti-Defamation League, called out Chappelle for the monologue on Twitter.

Greenblatt wrote, “We shouldn’t expect @DaveChappelle to act as society’s moral compass, but @nbcsnl should be troubled for not only normalizing but popularizing #antisemitism.”

“Why are Jewish sensitivities denied or minimized at almost every turn? Why does our trauma elicit applause?”

Last weekend, the “Chappelle’s Show” alum hosted “SNL” and during his 15-minute opening bit, spoke about recent antisemitic comments made by Kanye “Yeh” West and NBA star Kyrie Irving. mocked who promoted an antisemitic film on Twitter.
(Will Heath/NBC via Getty Images)

Stewart, who is Jewish, said, “Everybody calls me like, ‘You see Dave on “SNL”?’ And I say yes, we are very good friends. I always see and send good messages.”

He continued, “‘Well, he normalized antisemitism with the monologue.’ I don’t know if you’ve been on the comment sections on most news articles, but this is very common. As you know, it’s incredibly common.”

“But one thing I will say is that I do not believe censorship and punishment is the way to end antisemitism or achieve understanding,” Stewart explained. “I don’t believe him. It’s the wrong way for us.”

“The Problem With Jon Stewart” The host continued, “Dave said something in the ‘SNL’ monologue that I thought was constructive, which is, ‘Things shouldn’t be so hard to talk about.’ And that’s what we’re talking about.”

“Whether it’s comedy or discussion or anything else, if we don’t have the means to meet each other with reality, how do we move forward?”