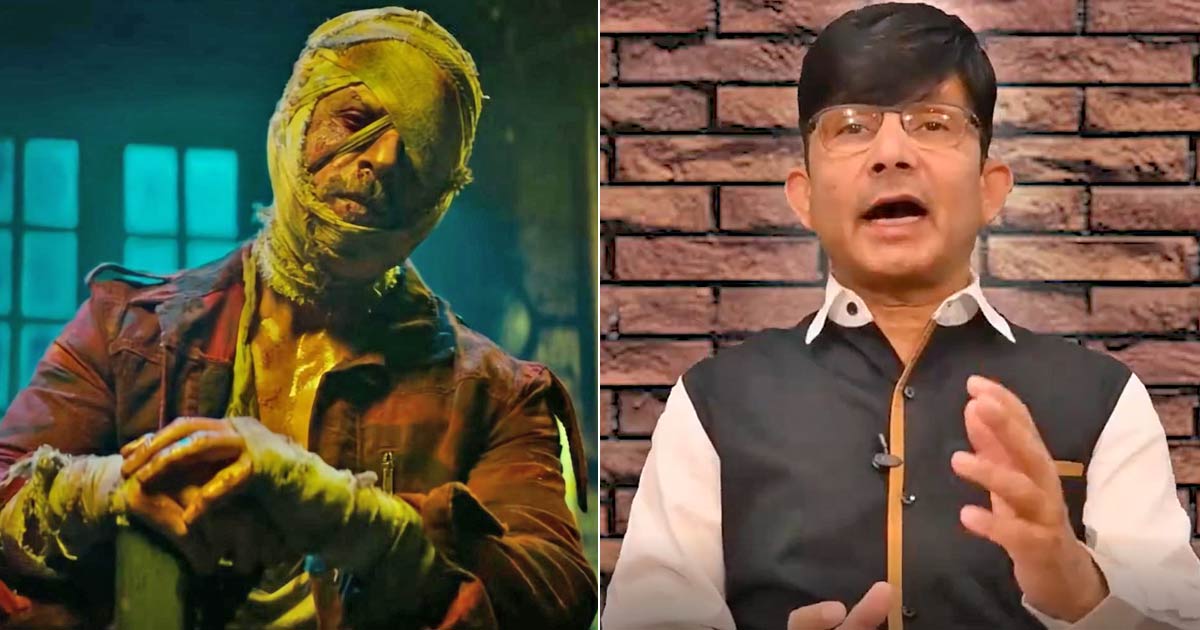 Can anyone predict Kamal R Khan? It seems next to impossible. He was recently apologizing to Salman Khan and Shah Rukh Khan for trolling him and spreading negativity around his films. Well, soon after taking a U-turn on Pathan, he is now targeting the jawan with the plagiarism case registered against him. Scroll down for all the details!

As most people know, Jawan is one of the three much awaited projects of Shah Rukh. The film is directed by Atlee Kumar and stars Nayanthara, Priyamani, Sunil Grover and Vijay Sethupathi among many others. Riddhi Dogra is the latest addition to the bandwagon and Deepika Padukone Will reportedly also be seen in a cameo. The other two upcoming movies are Pathan and Dunki.

Recently, Tamil producer Manickam Narayan filed a complaint with TFPC (Tamil Film Producers Council), claiming that the jawan film is based on Perarasu. He claims that he has the rights to the 2006 film and the Shah Rukh Khan starrer has the same story. The authorities have reportedly agreed to conduct an investigation.

Responding to all this, KRK wrote on his Twitter platform, “I have said many times that this is not Bollywood but copywood. They cannot make the original film as they are only copy masters. A legal case has been registered against #SRK’s film #Jawan!”

Take a look at the tweet shared by KRK below:

I have said many times that it is not Bollywood but copywood. They cannot make the original film as they are only copy masters. A legal case has been registered against #SRKa film by #young, pic.twitter.com/KRygM4imKy

Well, clearly it looks like Kamaal R Khan will never change even as millions of Shah Rukh Khan fans come together to bash him in the comments section.

On the professional front, Shah Rukh Khan will be back in Bollywood soon Pathan:, The film also stars Deepika Padukone and John Abraham in lead roles.

must read: Janhvi Kapoor revealed with her social media image that she will “be able to pay for EMI more easily” further adds “Hope me dear…”