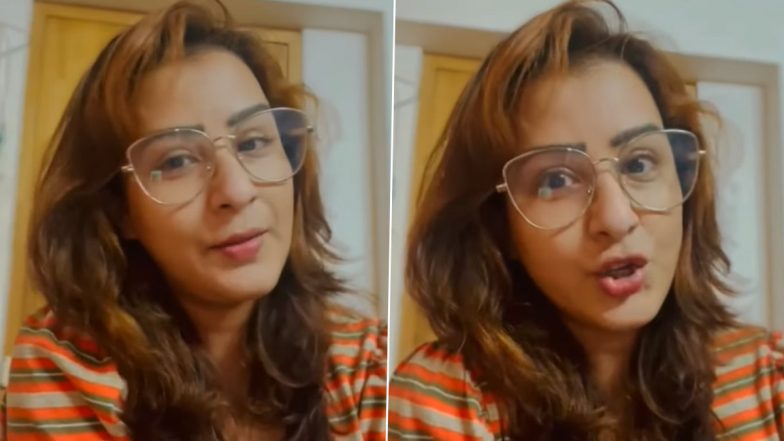 Actress Shilpa Shinde, who was recently evicted from the dance reality show ‘Jhalak Dikhhla Jaa’, has slammed the show’s judges Karan Johar and Nora Fatehi. Madhuri Dixit Nene is also a part of the judging panel. Shilpa posted two video messages on Instagram. In the clip, he criticized the judges for doing injustice to the contestants. A Spy by Nature: Paul Mescal to Headline Kevin McDonald’s Spy Thriller.

The video begins with Shilpa wishing her fans on the occasion of Diwali. Shilpa then said that the video is for the judges of the show. The actor further said, “I saw Nia’s last performance. I kept silent on the points given and commented on her. This time what happened after the performance, the comments were made. Karan sir is going to give the film of Dharma Productions? Aapko. What should you want, are you going to give an Oscar? You are going to give a National Award? Tell me (I saw Nia’s last performance. I kept silent on the points and comments given to her. But this time, what happened after Nia’s act, which comments was) diya. Karan sir, are you going to sign her for a Dharma production film? What do you want? Will you give her an Oscar or a national award? Please tell). She asked the judges to respect the sentiments of the contestants. Told. Katrina Kaif shared how her mother-in-law often forces her to eat parathas, but she just sticks to a diet.

“Do you even know what an artist would do for her 3 minute performance? You watch Rubina’s video, any accident could have happened. Any result could have happened to her. What’s after this? But there is no way to get in the way. It doesn’t make sense. As long as a person is there, don’t forget it later. Anything could happen to him. Will the judges be responsible for what happened after that? There is no point in holding a candle march later. Respect him when he’s alive, don’t bark after he’s gone),” he continued.

In the second clip, he took a dig at Karan’s dance. He said, “Karan sir, you don’t know how to dance, if you really have to comment, stick to what you know. Madhuri ma’am can comment, but please be a little sensitive.”

In the clip, he requests Nora to learn Hindi. Shilpa said, “Nora, it’s time for you to learn some Hindi. You are the judge of a Hindi language show.” Shilpa posted the video with the caption, “This is my humble request to all the judges of #JhalakDikhalaja.” Apart from Shilpa, several other renowned names in the TV industry including Rubina Dilaik, Nia Sharma, Dheeraj Dhoopar, Ali Asgar, Paras Kalnavat participated in the show this year.