Has Hrithik Roshan’s Cousin Pashmina Roshan Found ‘Ishq Vishk’ In Kartik Aaryan? Here’s How The Couple Has Been Keeping It Under Wraps 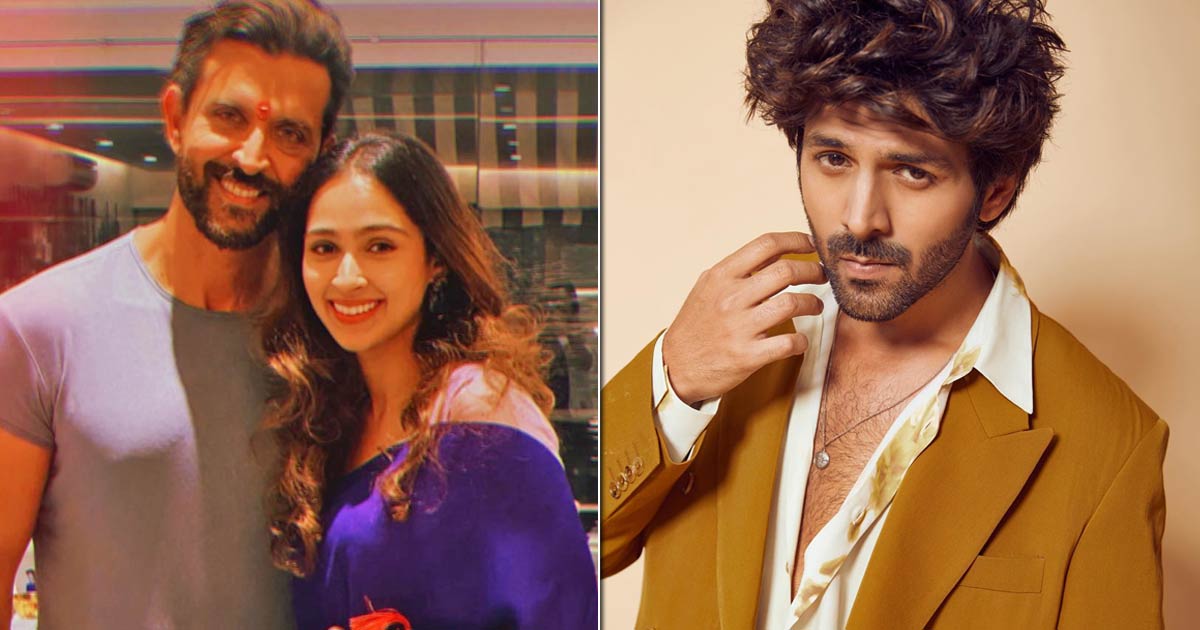 After his love story with Sara Ali Khan, Kartik Aaryan seems to have found love again. During the shoot of Imtiaz Ali’s Love Aaj Kal 2, the actor made headlines for romancing Sara not only on-screen but off-screen as well. However soon, things went south and their love story did not go as one expected. While he continues to grab headlines for his link up rumours, there is buzz in the mills that he has not found solace in Hrithik Roshan’s cousin Pashmina Roshan.

star sister is all set to make her Bollywood Debut with the remake of Shahid Kapoor and Amrita Rao starrer Ishq Vishk Rebound.

As per the latest media reports, Kartik Aaryan and Pashmina Roshan both have new lovebirds and they are seeing each other. They are reportedly spending a lot of quality time together. The report also added that the new love birds have found a new way to keep their freshly blossomed love under wraps as they make sure to go back to their respective homes to avoid the shutterbugs.

A report in Pinkvilla said, “Sources close to Kartik claim that when he is not working, he likes to chill with Pashmina at his residence and vice versa. They are playing it well. And make it a point to send their cars back to their respective homes to avoid the attention of the shutterbugs.” “On Diwali day, Kartik drove his now ‘close friend’ Pashmina in his new McLaren in Juhu. Clearly, Jio World Drive is his favorite late-night destination and Patisserie Ku Ku is his favorite joint,” read the report further.

Hmm! Quite a love story.

Meanwhile, Hrithik Roshan is also in the news for his love story with actress Saba Azad. Recently, the new love birds celebrated the actress’s birthday together and shared pictures on social media.

Talking about the boyfriend boy, Kartik Aaryan has an interesting lineup of projects including Freddy, which will clash with OTT platform Disney+ Hotstar. Apart from this he also has the story of Shahzada and Satyaprem in which he is reuniting with his Luka Chuppi co-star Kriti Sanon and Bhool Bhulaiyaa 2 actress Kiara Advani respectively.