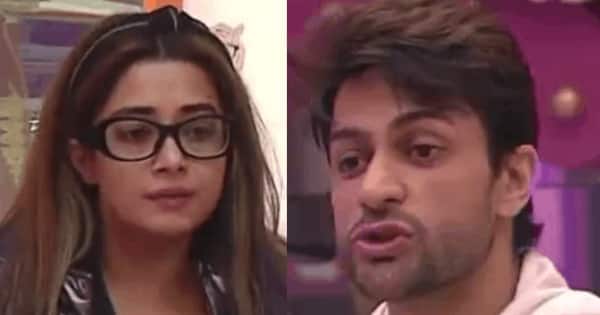 bigg boss 16, shalin bhanot And mc stanThe outcome of the battle has been something that no one expected. Shaleen has voluntarily decided to exit the show. even though he’s still at home and Salman Khan Weekend Ka Vaar will discuss with him, he has decided that he wants to exit the show. He is also ready to take care of the penalty clause. After a lot of drama unfolded inside the house, netizens are now sympathizing with Shaleen Bhanot. He is trending on Twitter along with Tina Dutta. Read this also- Bigg Boss 16, Day 47, Update: Shalin Bhanot voluntarily decides to evict and pay the fine; Priyanka Chahar Chowdhary called Shiv Thackeray a ‘goon’

In the confession room, Shalin Bhanot said that Tina Dutta can be the judge and decide what happened as she was the one who was allegedly attacked. Later, Shalin also gets upset with Tina as she played diplomatically in front of Bigg Boss. Netizens are not happy with Tina Dutta either. Read this also- Bigg Boss 16 Promo: Shaleen Bhanot jokes with Tina Dutta as she did not take her side in the fight with MC Stan; It is said, ‘Ye jo khel hai na’ [WATCH]

BB is such a biased man, Shaleen exposed the team of both Tina and BB today. They are talking about fine for leaving when they have clearly violated the violence section. How come the wife’s people have so much confidence. #bigboss16 #bb16 #Bigg Boss

#Shaleen Bhanot Never forget and never forgive Tina Dutta for the deceit, humiliation and heartbreak. Go play for yourself and let that mean woman do her thing. Always remember what he did @ you & who stood by you in your time of need – Sumbul, PCC, Ankit.

He ain’t wrong who abuses him, who should go ain’t Stan Shalin
And tina babe you chose the wrong side he was the person who was always on your side for no gain #Shaleen Bhanot should remain

Shalin is right and he handled that situation very calmly.
Tina is fake and double drummer.#Shaleen Bhanot

Never thought that I would have to support someone like this #Shaleen Bhanot go and talk against #shivthakare ,
But it is what it is !! #bigboss16#bb16 #Bigg Boss https://t.co/tZA3S5pvLx

Priyanka Chahar Chowdhary is also trending on Twitter. Netizens have mixed reactions to her outburst in Shalin Bhanot and MC Steyn’s fight. Some are saying she did the right thing by going against MC Stan while some feel she has nothing to do with the fight, so why are you shouting? What is your opinion on today’s episode? Read this also- Trending Entertainment News Today: Ira Khan gets engaged to Nupur Shikhare, Katrina Kaif angry with paparazzi, Salman Khan angry in Bigg Boss 16 and much more