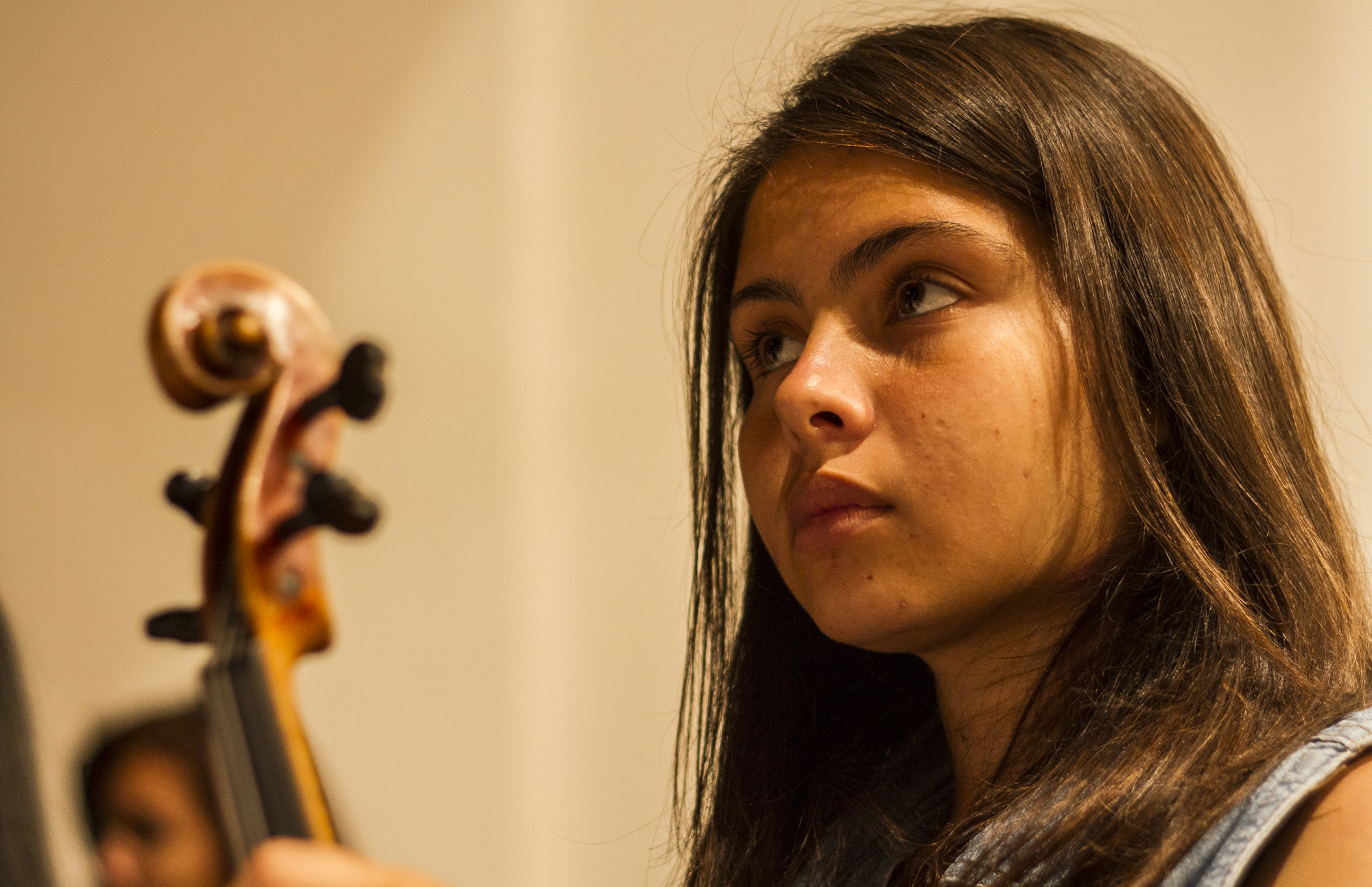 Director and writer Marianela Maldonado has directed several short fiction films including “The Look of Happiness” and “Breaking Out”, both of which premiered at the Cannes Film Festival. He has co-written projects such as the Oscar-winning short “Peter and the Wolf” and “The Magic Piano”, which was shortlisted for the 2012 Oscars. As a documentary filmmaker, Maldonado has worked for BBC Mundo and co-wrote “Once Upon a Time in Venezuela”, which premiered at Sundance in 2020. She is currently developing several projects for film and television under her creative labels Serious Ladies and Invento Films. ,

W&H: Describe the film for us in your own words.

MM: “Children of Las Brisas” is my way of trying to understand what happened to my country in the years of the so-called revolution. It is about the pain of growing up with the dream of being an artist while living in a dysfunctional society. It is a story of survival and redemption through music.

MM: Back in 2009, when international attention grew around the music education program El Sistema and its breakout star Gustavo Dudamel, I went to Las Brisas in my hometown of Valencia, Venezuela, to see his newly opened children’s orchestra. I visited a community that was turning to art as a way to cope with difficult situations. I thought about writing a screenplay about El Sistema, but when I met the families and children, I was so moved by their optimism and love of music that I quickly changed tactics: with my research camera I started filming material for what I thought was a short documentary.

Little did I know, I was about to embark on a journey of over 10 years, following children and their families through many challenges as they connected through art and dreams of survival. For them, the trajectory that El Sistema promised to a professional career and future was as exciting as the music they used to play six hours a day, seven days a week.

W&H: What do you want people to think about after seeing the film?

MM: I would like people to consider the hardships and sacrifices that many people have to endure to fulfill a dream, and the ways certain populations must navigate and survive authoritarian regimes.

For us Venezuelans, it is important to tell these stories and generate a dialogue around the world. It is an exercise in introspection to help us understand what has happened to our country and learn from the collapse of democracy that led to the tragedy in Venezuela. Only then will we have hope to grow, to recover, to rebuild the country.

It is also important to share our story with the world because there are many countries that are in danger of authoritarian rule.

MM: There were so many significant challenges filming this movie, I don’t know where to begin.

Initially over a dozen children showed interest and opened their homes to me, then we followed with six children and two teachers. Lastly, we had to pay attention to the three kids who are now in the film. The process was arduous and painstaking as we shot nearly 500 hours of material for the final 85-minute film.

During the period we were filming, Venezuela went through tough times: hyperinflation, food shortages, inadequate medicine, and failing water and electricity infrastructure. From 2014 to 2017, the country registered thousands of protests on a daily basis. In 2017, protests across the country lasted for almost five months. This was a turning point for Venezuelan youth, as during the protests, those who had been captured by the militarized police, jailed and convicted as terrorists, many were tortured. They were taken away and raped, their homes were raided and looted.

After 2017, some seven million Venezuelans were displaced, whereas before, people famously did not want to leave the country. When I went to study in London in the mid-90s, there were only 80 Venezuelans registered with the embassy. I can only imagine what the numbers are today.

Our two main characters were forced to leave the country. In those years, my co-screenwriter Jessica Wenzelman, producer Luisa de la Ville, field producer Carolina Rios and I were also forced to leave the country. Thankfully the children of El Sistema and their families were always supportive of the film process. At one point, he realized that the story had become larger than his own life, and that he was also portraying what was happening to the Venezuelan people.

W&H: How did you finance your film? Share some insight into how you made the film.

MM: It has been difficult to raise money for a film like this. In the first three years, we financed the film from our own resources and with the support of family and friends, who worked for free. Only in 2013 did we secure our first supporter, the CNAC Venezuelan Film Institute, and in 2014 the IDFA Bertha Fund. months later. This caused a lot of hardship and difficulties as our budget kept disappearing. However, with the support of the Bertha Fund, we finally managed to film for almost two years.

Then in 2018, we were fortunate enough to get a French co-production, which helped us get finance through France Télévisions, IDFA Europe and other organizations in France. With that support we were able to complete the filming.

It’s been a long journey. Even now, Luisa and I are still trying to find finance to promote the film. My advice is to take on as many funding programs as you can and persevere.

MM: I’ve always wanted to tell stories. I initially wanted to be a fiction writer, but I studied journalism to make a living. Then I went to film school and became a screenwriter for fiction and animation before eventually directing some fiction short films.

W&H: What’s the best and worst advice you’ve ever received?

MM: To be honest, I don’t remember any best or worst advice!

W&H: What advice do you have for other women directors?

MM: Believe in your ideas, start from where you are or live, and tell the stories of the things that matter to you.

W&H: Name your favorite female-directed film and why.

W&H: How do you think storytellers will need to address the upheavals in the world, from the pandemic to the loss of abortion rights and systemic violence?

MM: We storytellers have a responsibility to reflect what is happening in our world. For example, we Venezuelans have seen firsthand the destruction of our country at the hands of an authoritarian regime. There are many other rules like ours which are a threat to human rights. Even in countries like the US, which have a long democratic tradition, democracy has never been more threatened than in previous years.

W&H: The film industry has a long history of undermining people of color on and behind the scenes and reinforcing and creating negative stereotypes. What action do you think needs to be taken to make Hollywood and/or the world of Doctor Who more inclusive?

MM: It’s simple but also profound: representation matters. All programs dedicated to underrepresented communities are needed now more than ever. There are two areas that I think are very important.

First, we need to provide platforms that support early development. Often a filmmaker has to mount the project with their own resources, which are often already over-stretched. Second, we need resources to support working filmmakers. I’ve been at this for over 20 years and it’s still a financial struggle going from project to project. One solution, perhaps, could be to create programs that enable filmmakers to find a way into a very difficult industry that also provides access to continuous work.