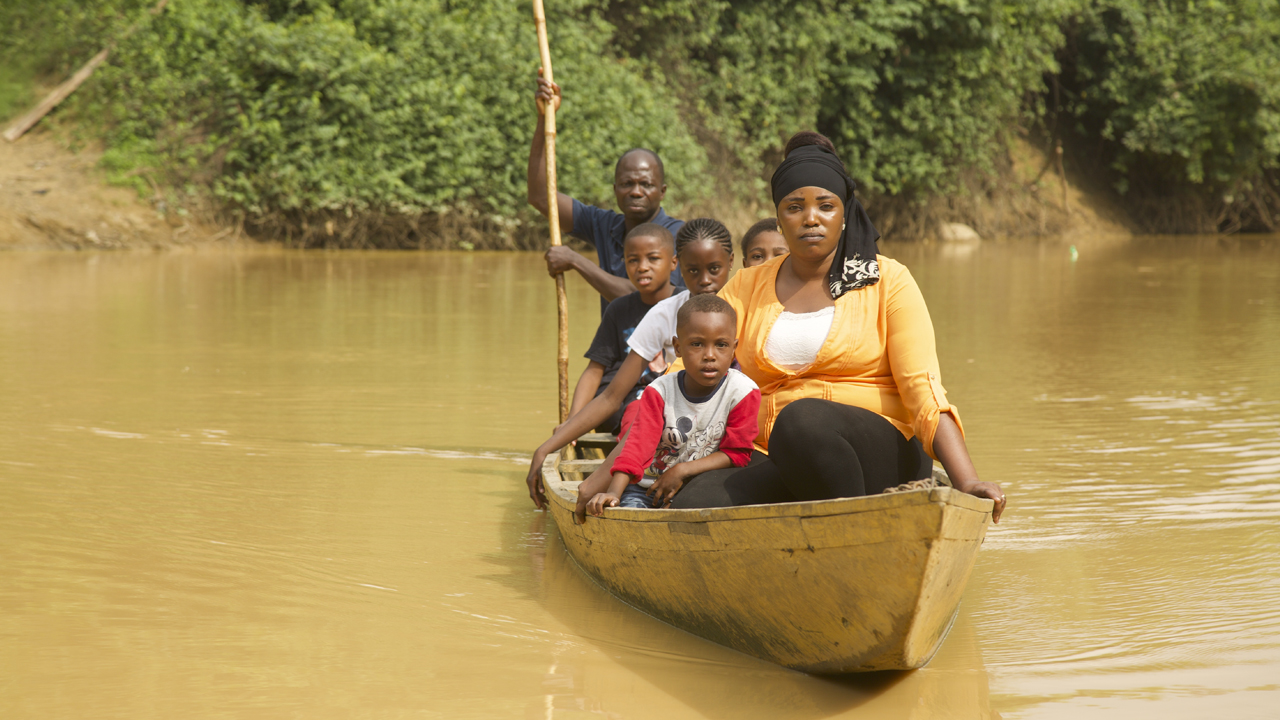 As a filmmaker, Fatima Daisy’s specialty lies in telling compelling stories about marginalized groups. She previously directed “Success Stories” about the reproductive health of teenage girls. “The Choice of Fati” is his first documentary film. It was awarded Best Feature Film at the 2021 Global Migration Film Festival and won the Audience Award at the 2022 Filmfest Eberswalde Provinciale.

“Fat’s Choice” is being screened at the 2022 DOC NYC Film Festival, running November 9-27.

FD: Fati didn’t want to go to Europe – it was her husband’s dream. Unemployed, the TV repairman left his village in Ghana, but did not move beyond Libya. He is arrested in Tripoli, where he asks Fati to join him. She left, and when she became pregnant, the couple decided to make one last bid to reach West.

He made it to Italy but was sent to an expatriate camp. It was there that the Fati broke out. She asks to return home but pays a heavy price: her husband divorces her and her community considers her a failure. But Fati wants to support her family, even though she still has to free her three children from the custody of her in-laws.

“Fati’s Choice” explores the stigma attached to returns and how such social judgment contributes to irregular migration.

FD: Growing up, many people in my community traveled abroad and never returned home. The fear of being declared a failure was one of the many reasons that prevented him from returning. Additionally, the people who made it home had to go to extra lengths to influence family, friends, and even the entire community in order to be successful, earning themselves the name “bean toe”. I wanted to dig deeper into this phenomenon to understand why people feel the need to travel to Europe to be successful. Is it because of our colonial past, because of which everything western is considered good?

But most importantly, I saw the ideal protagonist in Fati as she came across as a woman who cherishes her independence, makes personal decisions, and stands by them despite the consequences. I was inspired by his story, especially his bold decision to return home regardless of the inevitable stigma and criticisms he would face.

FD: I want the audience to reflect on the issues raised in the film, especially the difficult choice Fati had to make for the betterment of her children. For Fati, the love he has for his children exceeds the unrealistic expectations in Europe.

FD: It was a big challenge to persuade Nayak Fati to participate. She was skeptical about how she would be represented, for fear that I would judge her about her position, as most people do, and refused to be on camera. But as a filmmaker, I helped him understand his intention to tell the stories of people with extraordinary experiences, stories that could change public perceptions and even government policies.

It took almost six months before Fati decided to share it with the world that his story was important and inspiring.

FD: STEPS, a Cape Town-based non-profit media company specializing in documentary filmmaking, was seeking African filmmakers to tell stories about migration. I pushed my idea and got selected for a story development workshop. My project was later considered for further funding through a series of production workshops. All this was made possible by the DW Academy.

FD: I started my career in TV as a promotion producer and then moved into TV content licensing. I was inspired to venture into filmmaking when I had the opportunity to create and direct a documentary film “Success Stories” by an NGO on adolescent and reproductive health of girls in remote parts of my country.

The voices of underrepresented people touched me in many ways. It was then that I started appreciating the power of film and the change that storytelling brings to society.

FD: The best advice I’ve ever received is being a filmmaker. This was a huge risk at the time, considering how the freelance landscape in Ghana does not provide job security. But I am glad that I decided to be independent because I am now doing what I love the most.

Worst Advice? I was advised to study law because my high school results were clearly “too good” for me to pursue the arts. At the time I was growing up, art was seen as a discipline to be pursued by non-achievers. Things are slowly changing as people are now becoming more aware of the creative career possibilities.

FD: As a filmmaker, I was not taken seriously. I’ve even been told that my work is considered just because I’m a woman, not because of what I want to tell the world, like what I have to say is less important than my identity as a woman. Not there.

That said, I would advise the fellow women in the film to have faith in their professional abilities and persevere in their roles as filmmakers to contribute to society. Don’t let others patronize you just because you’re a woman.

FD: “Buddha in Africa”, a documentary film directed by Nicole Schaefer. The issue of colonialism is sensitive and rarely discussed in Africa. Unfortunately, we often see it rear its ugly head again in a different form, but are seemingly unaware of it. However, Nicole captures this re-emergence in a way that exposes our political system and the flaws that provide fertile ground for the issue.

Apart from the issues it raised, “Buddha in Africa” ​​was beautifully filmed and the level of storytelling is top-notch.

FD: It is the responsibility of storytellers to present diverse perspectives on the issues facing our society. Every issue has a different side and the stories should reflect that.

FD: We should have more filmmakers from diverse backgrounds, who tell stories from their own unique perspectives and bring new angles to seemingly innocuous subjects and subjects. On the other hand, established writers and directors must, as urgency, detect and understand underrepresented stories and apply new approaches to present them appropriately.