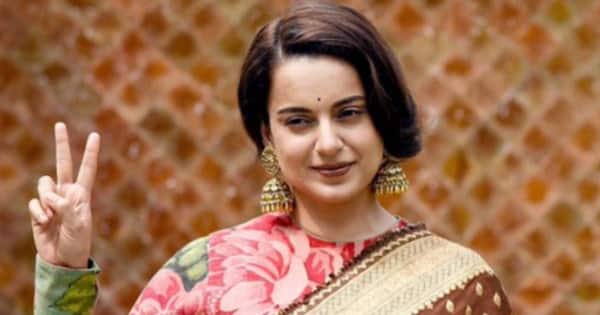 Kangana Ranaut never hesitates to speak her mind in public and her favorite platform is Twitter. The actress was banned from the micro-blogging site for a long time, however, she made a comeback yesterday. Looks like the Emergency actress is waiting for her Twitter account to be restored so that she can again take a dig at the film industry. Read this also- Trending Entertainment News Today: RRR song Naatu Naatu Oscars 2023 nomination, Pathan movie review, Bigg Boss 16 nomination and more

On Wednesday morning, a day after returning to Twitter, Kangana Ranaut put out a cryptic tweet. She called the film industry stupid and crude and said that they flash currency numbers for the success of their projects. He said that this act of theirs exposed their low standards and deprived life as if art had no other purpose. While slamming the industry so much, it seems the actress is taking a dig at Shah Rukh Khan’s latest film Pathan. Read this also- Kangana Ranaut returns to Twitter by sharing BTS video of Emergency; Here’s how netizens reacted

Kangana Ranaut Adalati is known for controversies and this time she is pointing towards the entire industry. She indirectly takes a dig at SRK’s much-anticipated action film, which is making waves across the globe. In his tweets, he has written that if artists are polluting the fabric of the country’s art and culture, then they should do so sensibly and not shamelessly. He further added that they should celebrate cinema as a grand community experience instead of raking in cash. Read this also- Emergency over: Kangana Ranaut made a shocking disclosure; Pen, ‘From mortgaging all my assets, everything I own…’

Shahrukh Khan‘Pathan’ is breaking records doing an impressive business with enhanced collections and with its first day release, it has sold 5.56 lakh tickets on the very first day itself. starring spy universe Deepika Padukone And John abraham Directed by Siddharth Anand and produced by the Yash Raj banner is anticipated to be a blockbuster.

Have a look at Kangana Ranaut’s tweets:

The film industry is so crappy and crude that whenever they want to project the success of any effort/creation/art they throw glowing currency points at your face, as if art has no other purpose.
This exposes their low status and the deprived life they lead.

In primitive times the arts flourished in temples and reached literature/theatre and eventually theatres. It is an industry but not designed for major economic profit like other billion/trillion dollar businesses, so the art/artists are worshiped and not industrialists or billionaires.

That’s why artists may be engaged in corrupting the fabric of the country’s art and culture, but they should not do it shamelessly, but with conscience…?

Instead of just pretending to make money, they should celebrate how cinema is a great community experience. It brings people together, post covid hindi film industry is lagging and everyone is hoping and trying to change it, art has a lot to offer, even if it is trivial.

Why do we need to print posters and paint the city, read counting coins, stamp our posters with numbers? really!! Is that why we make movies? It’s not us, it’s very recent trend, one bad mind can pollute the whole system, we need to rectify where we went wrong and rise and shine?

It’s a hit, no one told me about the numbers, I didn’t know how much Fashion or OUTIM made, I just knew they were huge hits because where there are numbers there are toxic comparisons. Somewhere from 2012-13 I started hearing 100 crores a lot and when Rani did 85 crores in India (continued)

So this digit drama started only a decade back, no one should show how much money they have/made, please don’t compromise when it comes to movies.
You made good money for yourself, now work on your next project
Even if you didn’t please continue working?

On the professional front, Kangana is working on her next directorial venture Emergency. The film is billed on the watershed moment of 1975 when Indira Gandhi was the Prime Minister of India and she called for Emergency. In the film, the actress will play the role of former Prime Minister Indira Gandhi. Recently he had mortgaged his property to complete his film.