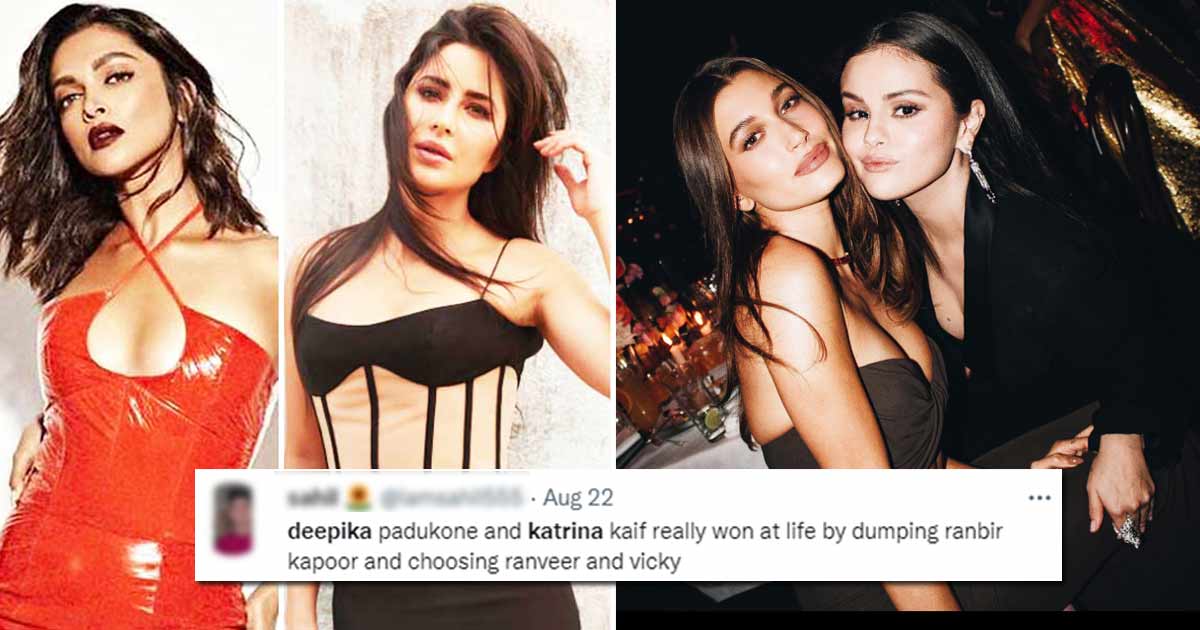 A few days ago, Selena Gomez and Hailey Baldwin broke the internet with pictures from their union. For the longest time, there were rumors of bad blood surrounding the Justin Bieber drama. But clearly, it is not so. Now, Deepika Padukone and Katrina Kaif have taken the same path in Bollywood and fans can’t keep calm. Scroll down for all the details.

As most know, Deepika Was dating Ranbir Kapoor on the sets of Bachna Ae Haseeno. It was Ajab Prem Ki Ghazab Kahani that brought a twist in the story as the actor got attracted to Katrina Kaif and soon thereafter rumors of infidelity spread. There were also photos from Ibiza’s vacation which confirmed the reports of their romance. Rest, as they say, is history.

Yesterday, Deepika Padukone shared a video from the gym, but the highlight was that she was with Katrina Kaif. DP was seen lying on the hammock while the phone Bhoot actress recorded her. The caption of the post read, “I’m working out really hard at the gym! Meanwhile, @katrinakaif up to good not me…”

The unexpected reunion of Deepika Padukone and Katrina Kaif broke the internet in no time. Netizens had wild reactions as they mentioned how they found their Bollywood version of Selena Gomez and Hailey Baldwin’s situation. Many people also demanded a picture together.

One user wrote, ‘This is ours’ Hailey and Selena,

Another wrote, “After the era of Janhvi and Sara besties, I think it’s with Deepika and Katrina now.”

One of the comments read, “Katrina and Deepika Now come give us a picture too! #DeepikaPadukone #KatrinaKaif”

“Deepika and Katrina should do a film together,” read a comment.

Another responded, “Katrina and Deepika bestie era? The world is healing, wigs are flying, and haters are shaking #KatrinaKaif #deepikapadukone”

Well, clearly the netizens are celebrating and we are proud of our girls, Deepika Padukone and Katrina Kaif.