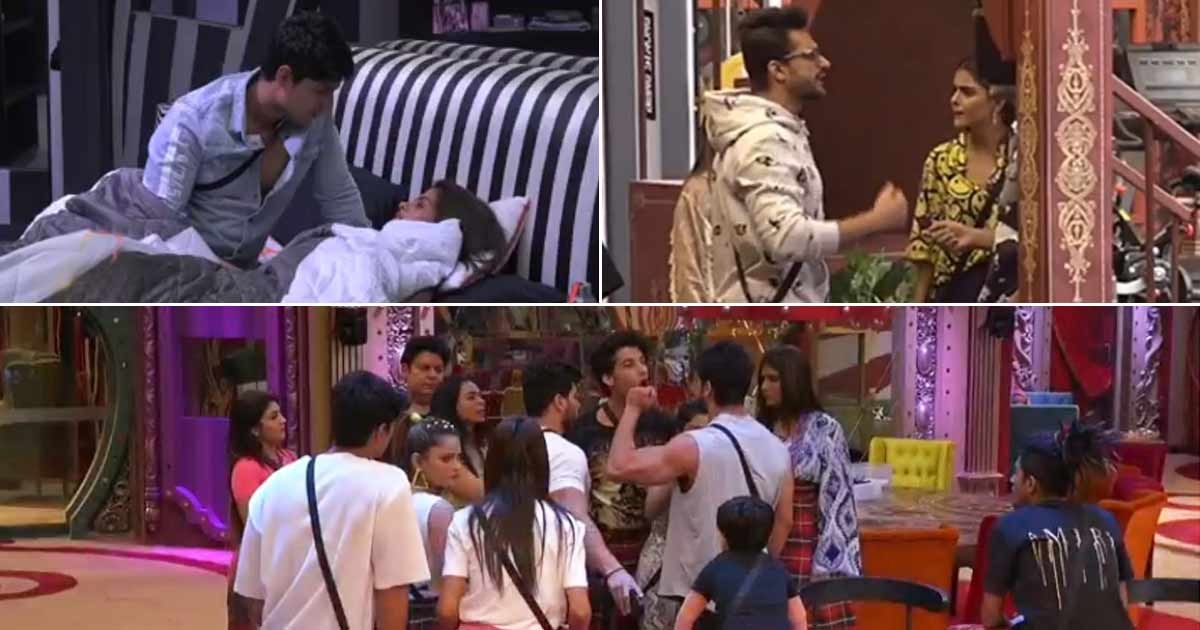 Over the years, ‘Bigg Boss’ has enthralled us, made us cry and laugh, and certainly filled our lives with drama filled with conflicts inside the much-loved house. We all know very well that ‘Bigg Boss’ tests everyone including love and friendship, as survival in the house is harder than you think! This year too, ‘Bigg Boss 16’ has kept us hooked to our TV screens from the very beginning.

The fight on the first day of Bigg Boss 16 started with a massive showdown between Nimrit Kaur Ahluwalia and Archana Gautam over changing beds and location. Since then, the fights have intensified as best friends, lovers and acquaintances become enemies! With fights in every nook and corner, let’s take a look at the five big battles of this week in the ‘Bigg Boss 16’ house.

While Nimrit Kaur Ahluwalia and Gautham Vig hit it off as friends as they entered the Bigg Boss 16 house, lately, it seems their friendship is not as strong as one would expect. From not understanding each other to constant fighting to not talking to each other, they definitely haven’t been able to withstand the pressure of the house! Recently, when Gautam became the captain of the house for the second time, there was a debate about the ration of the house.

Angered by the way Gautam was distributing ration without any input from the family members, Nimrit strongly opposed him. Irritated by the unnecessary escalation, Gautham hits back at him, making him realize that Bigg Boss has ordered the distribution of rations as he sees fit without consulting anyone. This quickly turns into an ugly verbal brawl as Nimrit yells at Gautam, “Is game ke chakkar mein tu pagal gaya hai! Don’t tell me, you and I have no comparison.” Only time will tell if these two will ever patch up again!

Priyanka Chahar Chaudhary and Archana Gautam’s fight over the world

Everyone’s favorite friends Priyanka and Archana have been giving us BFF goals since they entered the Bigg Boss 16 house. They always supported each other in any case, until one day the water jug ​​in the kitchen became the breaking point of their friendship! It is well known that Archana is a lone cop in the kitchen, hating anyone working in her when she is there. Even though this thing has been a matter of controversy for the family many times, but this time even her bestie was not spared! It all started when the two had to share a jug of water for cooking.

Apparently, an irritated Archana, showing her displeasure over the way Priyanka put her hands in jaggery to knead the dough, Priyanka did not take a jibe at Archana, the two made a mole mountain! Unfortunately, till date this little tussle remains unresolved and no solution seems to be in sight as Priyanka nominated Archana for elimination.

Shaleen Bhanot’s argument and defensive attitude towards his medical condition and constant need for protein has been the curse of everyone’s existence and a source of annoyance in the household. A loved-up inside and outside the Bigg Boss 16 house, Abdu Rozik always tries to lighten the mood of the house with jokes, including ones surrounding Shalin’s protein and chicken intake. He light-heartedly makes a special request to Bigg Boss to give him a burger like Shalin’s chicken every day as it is important for his body and proteins.

As their teasing continued, this left Priyanka torn and Shalin upset! Feeling humiliated, Shaleen starts her argument by accusing Priyanka of making fun of her medical condition and a vocal Priyanka yells back at him. A big fight erupts between the two with Shaleen saying, “Its more than this your aquat bhi nahi hai yaah pe” to which Priyanka replied, “Now I see the real Shaleen Bhanot Kyunki I don’t come to anyone’s position, like today. Your real mere aai hai through. You screwed the wrong girl again!”

They entered as best friends, and the beloved show ‘Udiyan’ co-stars, Ankit and Priyanka became the talk of the love-town in the Bigg Boss 16 house. But as the saying goes, it is ‘Bigg Boss’ and one should always expect the unexpected! Lately it seems their ‘friendship’ is on the rocks. This happened right after the fight between Shaleen, and Priyanka started fighting, Ankit calls Priyanka saying that she keeps repeating herself constantly and lets things go.

Shocked by Ankit’s reaction, Priyanka is hurt and weeps bitterly. In the heat of that moment, she tells Ankit that she has been behaving with him for the past two years and is tolerating his behavior, Ankit retaliates for the same! Anger flares up later in the night, when Ankit threatens Priyanka by saying, “You will pick up the old things, tell us, do the chhaj khol do in front of the camera?”. To which Priyanka responds, asks him to stop with threats and, pointing at her, says, “Yeh kya battamiji hai!” Will Ankit and Priyanka try to solve their problems, or will they never recover from their fight?

After the family members termed Gautam and Shalin’s friendship as ‘fake’ at a courtroom task last week, a fight broke out between the two friends! The next day, while Gautham was having his lunch, Shalin went to address the fight and patch up their friendship. However, Gautam was furious and was not ready to listen to her saying that their friendship is fake, so there is nothing to talk about. Filled with anger, Shalin gives it back to Gautham, exchanging warm words, with… Unable to hold back his anger, they almost beat up until the people of the house come inside. . They say you fight most with the people you love, but whether their bromance is real or fake, only time will tell!

For more updates on ‘Bigg Boss 16’ watch every Monday to Friday at 10 PM and every Saturday-Sunday at 9.30 PM only on COLORS.