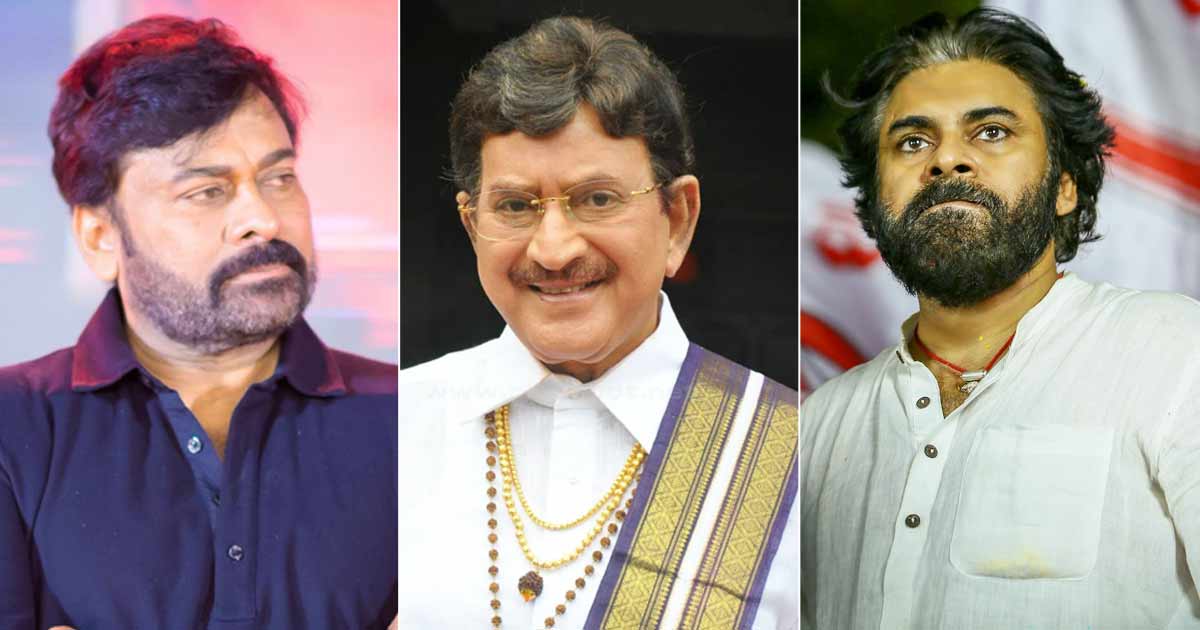 Tollywood mourned the death of veteran actor Krishna on Tuesday.

The veteran actor passed away during treatment following a cardiac arrest at a Hyderabad hospital in the early hours of Tuesday. He was 79 years old.

great actor Chiranjeevi He said that he was shocked to know about Krishna’s demise. He said that sorrow cannot be expressed in words.

The former Union minister described Krishna as a great humanitarian and affable person who was known for his determination, perseverance and courage.

Chiranjeevi tweeted that Krishna has carved a niche for himself not only in India Telugu film industry but the entire Indian film industry.

actor-politician Pawan Kalyan Describing Krishna’s death as an irreparable loss to the Telugu film industry. He recalled that his family had good relations with Krishna when the film industry was in Madras.

The Jana Sena leader said Krishna’s contribution to Tollywood as an actor, director and producer will always be remembered. He expressed his heartfelt condolences to Krishna’s son Mahesh Babu and other family members.

Senior actor and Andhra Pradesh MLA Balakrishna described Krishna’s death as shocking. He said that the demise of the superstar is a big loss for Tollywood. He recalled that Krishna had worked with his father and veteran actor NTR in several films.

Krish Garg and that means another name for adventure. Apart from many experimental, unique characters, technically Telugu cinema has done many approaches to your greatness ever since.

My thoughts are with Mahesh Anna and family.

NTR’s grandson and popular actor Junior NTR also condoled the death of Krishna. He said the superstar will always be remembered for his contribution to Tollywood. He recalled that the veteran actor brought many path-breaking changes in the industry.

must read: Mahesh Babu regrets signing Trivikram Srinivas’ SSMB 28 without hearing the full script, no effort on the part of the director?