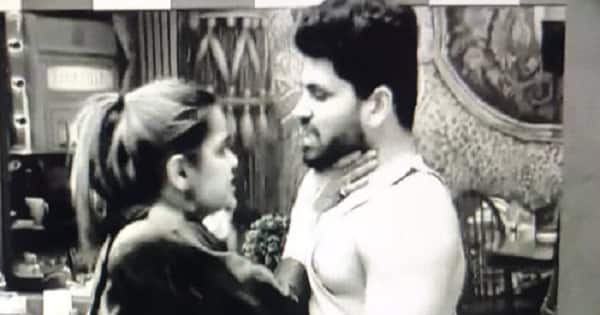 Bigg Boss 16: Archana Gautam has been thrown out of the house for physical violence with Shiv Thackeray. A huge fight ensued between Archana and Shiva and later the girl attacked him and left him with a bribe on the neck as the 16th season of Bigg Boss has arrived; We all know that violence is not allowed Archana was kicked out. However, the viewers of the show cry and want Archana to return to the show as they claim and raise slogans to provoke Shiv Thackeray. Archana and Shiv have been disliking each other in the show since the beginning but the way their hatred has come out has created a ruckus in the house.

I still doubt what is needed to develop such torn muscles and if you just can’t bear a touch.
hugging hand is physical violence #bigboss16 While talking about BB15, throwing it away is a game of two children.
bring back archana #archanagotham pic.twitter.com/HpQ3o9KhBJ

#archanagotham i love you! You rocket it tonight. The whole was taken over by Yu. Girl, that’s what we wanted to see. The way you took the stand #gorinagori and call the director #Sajid Khan Only you can do this. All other spoons and darpoks. so proud of you
bring back archana pic.twitter.com/QNRF8oiojd

Maratha my feet. He is also getting into the nerves of the audience. Thu is on #archanagotham
bring back archana #DearAnkit https://t.co/8Htx6T5zvj

It was Archana who started the fight with Abdu Rojic in the house calling him her contestant and the audience applauded her. Netizens also claim that Archana was running the entire show. Now will the makers surprise Archana and give her a second chance? Well, till now this has never happened in the history of Bigg Boss show. But this season you can expect the unexpected as Bigg Boss is playing the bar himself.