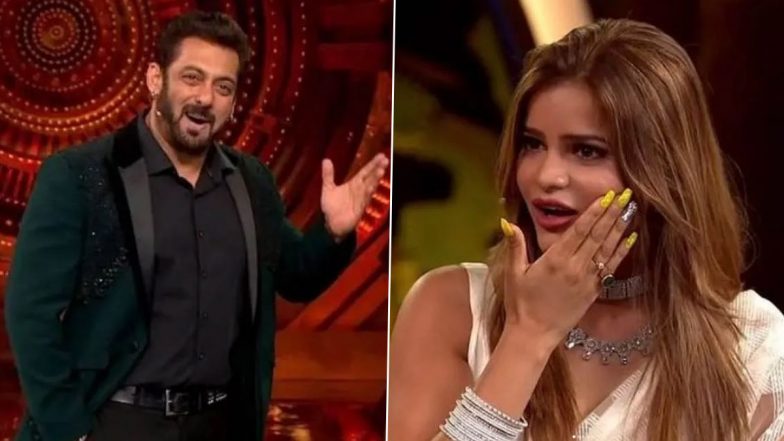 Archana Gautam to face Salman Khan’s anger in this episode of ‘Weekend Ka Vaar’ bigg boss 16, Colors TV released a new promo of the controversial reality TV show in which host Salman slams contestant Archana for accusing the makers of stealing her personal belongings. In the clip, Archana complained to the family members about her clothes missing and said that she had four bags in her vanity van. He expressed his anger towards the show by painting his face like the Joker. Bigg Boss 16: Abdu Rojic blushes while flirting with Janhvi Kapoor! (watch promo video).

Salman did not like Archana’s behavior. The later part of the promo shows Salman schooling Archana. Salman said, “I don’t know what kind of people you befriend. We are not like those who steal your clothes.” bigg boss 16 Premiered on October 1 on Colors TV. Sajid Khan, Shalin Bhanot, Tina Dutta, Abdu Rojic, MC Stein, Gautam Vig, Shiv Thackeray, Ankit Gupta, Nimrit Kaur and Priyanka Chaudhary are also part of the ongoing season. Bigg Boss 16: Netizens came out in support of Shalin Bhanot; Slam makers for begging the contestants to eat them! (see tweet).

Apart from the fights, the season has also become a hot topic of discussion regarding the romantic bond between Shaleen and Tina. In one episode, Shalin even said “I love you” to Tina. Shalin was earlier married to actor Daljit Kaur and they have a son named Jayden.