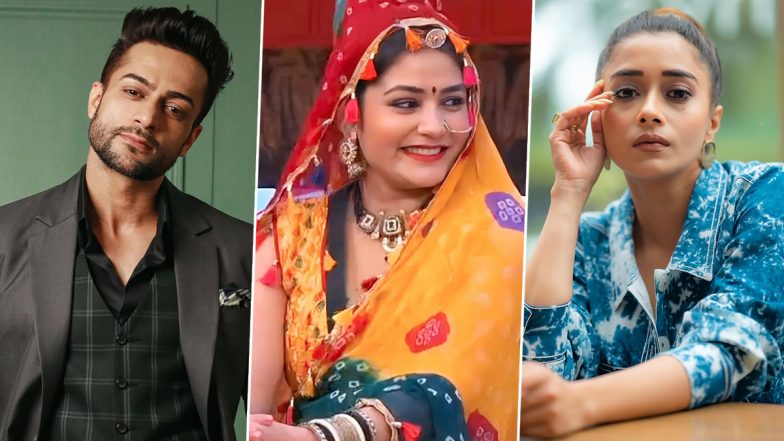 Popular Rajasthani dancer and stage performer Gori Nagori has been evicted bigg boss 16 Home due to less votes from the audience. She stayed inside the house for about 40 days. Recently, she appeared in the reality show hosted by Krushna Abhishek big buzz where he opened up about the contestants’ game inside Bigg Boss house and said that no one in the house is real and they all just pretend to be nice. He also said that Shalin Bhanot is only using Tina Dutta and Sumbul Tauqeer for his own benefit. Bigg Boss 16: Gori Nagori is out of Salman Khan’s reality show.

Talking about the recent fight between Archana Gautam and Shiv Thackeray in which she turned violent and grabbed her by the neck and later, Shalin Bhanot and Nimrit Kaur Ahluwalia demanded her ouster, she said, “Archana’s Shiva is not completely innocent in the fight with him. He provoked her a lot, and all the contestants took advantage of this to their obvious advantage.”

She also said, “Shiva and I were good friends, and I wanted him to win, but we had differences and didn’t talk to each other until last week.” Apart from this, she also commented on Tina Dutta and Nimrit’s game and said that she felt relieved after coming out of the house as they both are just ‘attention seekers’ and fake.

Gori said, “I am relieved to be out of the show; I was suffocating there, and there is no human left in the house, everyone has become an animal.” She reprimanded Tina and Nimrit by saying, “Both Tina and Nimrit are attention seekers who want to be involved in everything that appears on the show – which I find very desperate – and they are not honest and trustworthy either. ” Bigg Boss 16: Sajid Khan unhappy with Archana Gautam’s return in reality show (Watch Video).

Further, Ghori said that Shalin Bhanot is using Tina and Sumbul to his advantage. In the previous episode, Shalin and Sumbul had a heated argument as he felt that he was supporting Tina and giving her preference. “Shalin Bhanot is like a chameleon who uses Tina and Sumbul in the house to her advantage. She changes her complexion depending on the situation and her comfort. Sometimes she was romantic, sometimes angry. I love her Didn’t understand at all,” she shared.

He concluded with his thoughts on the relationship between Gautam Vig and Soundarya Sharma: “There is no truth in the love story of Gautam and Soundarya. Abdu (Rozick) is utterly in love with Nimrit, and Shalin is uninterested.” big buzz waves Voot,

(The above story first appeared latest on Nov 13, 2022 07:20 PM IST. For more news and updates on politics, world, sports, entertainment and lifestyle, log on to our website) latest.com,