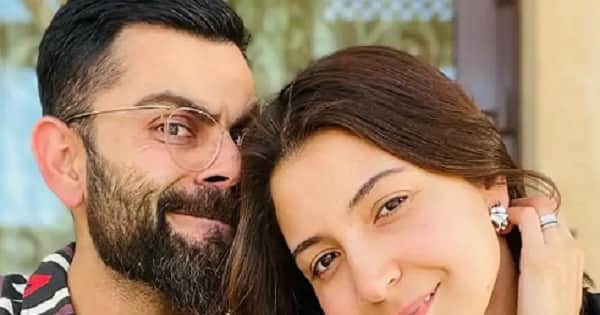 Today is Virat Kohli’s birthday and Anushka Sharma took to her Instagram to wish him on his 34th birthday by sharing the most goofy pictures of the star cricketer. Sharing the most quirky angle pictures of Virat and claiming that he is loved in every state and form is simply adorable. The moment Anushka shared these pictures of Virat, it went viral online and netizens can’t stop fielding the same day. And you can’t miss Wamika Kohli making a cameo in the pictures. But Anushka follows her own rules and hides her daughter’s face as she and Virat don’t want to have Vamika’s pictures in public and have managed to do so brilliantly in the age of social media.

Anushka has been the backbone of the cricketer. The Bollywood diva stood by her husband in every state and form and hence they are the IT couple of the city. However, Anushka had to face a lot of criticism and trolling during Virat Kohli’s poor form in cricket. Well, he was slammed and targeted for nothing. But King Kohli often stood by him. After being in a relationship for a few years, Anushka and Virat got married in 2017. They never spoke publicly about their relationship and always maintained a dignified silence. Today Anushka and Virat are happy parents of their lovely daughter Vamika who is one year old and is a carbon copy of dad Kohli.

Virat Kohli recently made headlines after expressing his anger over a private video of his hotel room going viral and clarified that he does not support such bigotry. Anushka also took the side of husband Virat and called it extremely shameful. Virat’s staunch fans also agreed with him and insisted on not airing the video online.