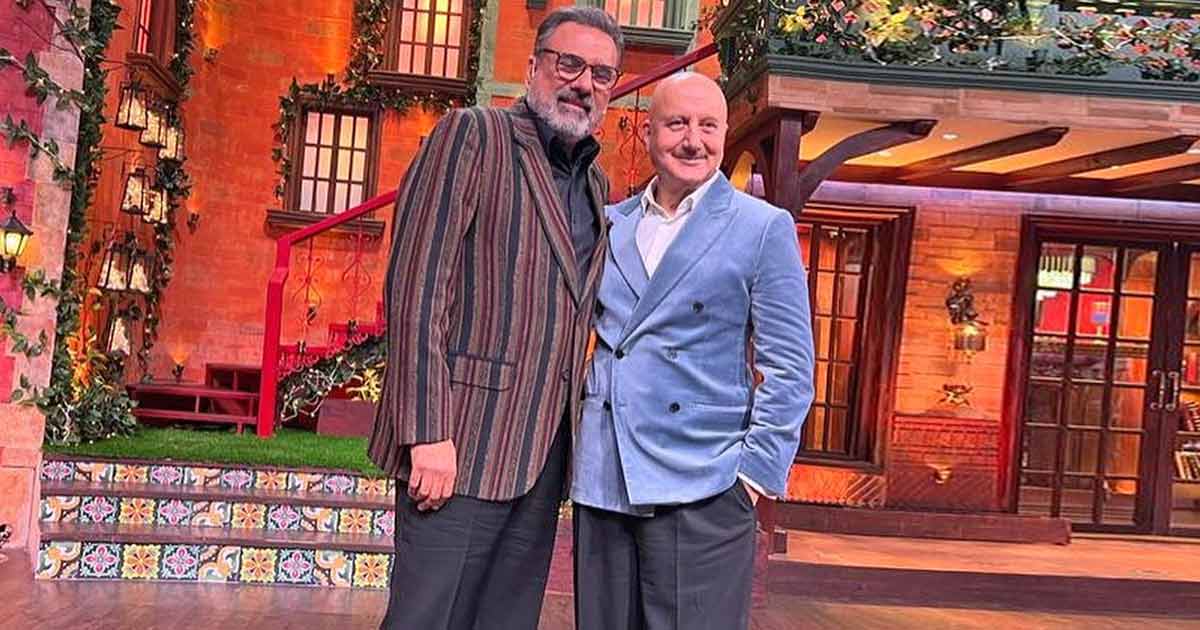 Bollywood actor Boman Irani has revealed that his ‘Uchhai’ co-star Anupam Kher is afraid of air travel and during the shoot, he had to give her a massage to make him feel easy and relaxed.

He said that Anupam Kher has an extreme fear of flying: “Anupam has a phobia, so when we used to sit in the helicopter, he used to sit in the front, and I would be behind to give him a massage to relax him and keep asking him ‘You It’s okay, isn’t it?”

“But you can really see his veins burst, and from there I can figure out what he has to face every day for the film… Salute him!” Boman Irani further said about Anupam Kher.

Later, veteran actress Sarika also shared her work experience in the film saying that they used to travel in a helicopter as if it was an auto rickshaw.

Sarika shared: “The helicopter was like an auto rickshaw for us. We change altitude every four days. And Sun (Barjatya) ji would send us back to Kathmandu, so it felt like we were traveling in an auto.

Sarika is seen on ‘The Kapil Sharma Show’ along with Anupam Kher, Boman Irani and Neena Gupta to promote her film ‘Uchai’.

The 60-year-old actress also expressed her excitement about being on the show, saying: “I’ve been waiting for almost 10 years to be on the show and it feels great to be here.”

‘The’ The Kapil Sharma Show‘ airs on Sony Entertainment Television.

must read: Anupam Kher Recalls How Amitabh Bachchan Helped Him To Burst The Bubble Of His Ego: “…I Feel I Have Achieved A Lot”