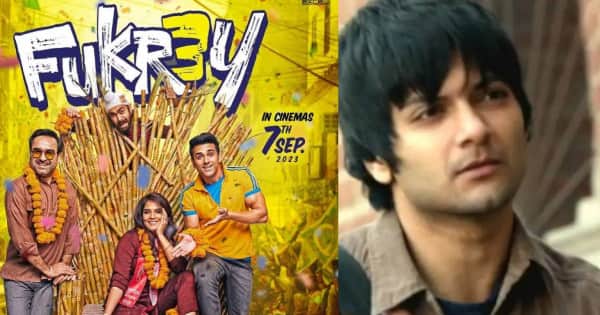 After a long wait, now the release date of Fukrey 3 has been revealed. Excel Entertainment has released the poster of their most successful and most popular comedy film franchise. The makers also announced the release date. The Pulkit Samrat and Richa Chadha starrer is back with a bang but looks like Ali Fazal is not a part of the installment. Read this also- Ali Fazal and Richa Chadha to get married in Fukrey in September? This Is What We Know About The Big Fat Wedding

The new poster released today does not feature Ali Fazal. This raises an important question as to whether the actor is a part of the franchise or has been a part of it. Farhan Akhtar, who is producing the series, made the big announcement today by sharing two new posters of the film. Both the posters featured an entire cast ranging from Richa Chadha, Pulkit Samrat, Manjot Singh, Varun Sharma and Pankaj Tripathi, but Ali Fazal went missing. Read this also- Will Richa Chadha and Ali Fazal get married soon? The actress made a big disclosure

The film has created a lot of craze among the audience and is carrying forward its legacy since 2013 when the first installment was released. sequel title Fukrey Returns The release in 2017 was also successful and loved by many. Fukrey Boys is all set to return to the screen with their craziness. The film will be released on the occasion of Krishna Janmashtami. Read this also- Fukrey 3: Ali Fazal refuses the film; Makers to tweak the plot

The film gave birth to iconic characters like Choocha, Panditji, Bholi Punjaban and others. It’s all crazily returning, but it’s sad to know Ali Fazal Not part of the franchise. Well, it is not confirmed yet and a section of the society is asking the makers why Zafar was not on the poster.

Fukrey 3 brings back its cast Pulkit Samrat, Varun SharmaRicha Chadha, Manjot SinghAnd Pankaj Tripathi, It is helmed by Mrigdeep Singh Lamba and produced by Farhan Akhtar With Ritesh Sidhwani Under the banner of his production company Excel Entertainment. The third installment of the comedy-drama will hit the theaters on 7 September 2023.