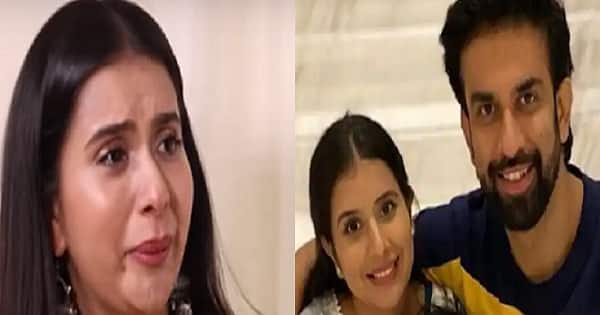 Charu Asopa feels helpless in her relationship with Rajeev Sen and finally, she decides to end it. Charu and Rajeev’s divorce drama has been going on for a long time but now it has become the hottest topic in town. The couple is out and about openly washing their dirty linen in public and it is catching a lot of eyes. In her recent interview with Sidharth Kannan, Charu was seen crying and expressing her helplessness that she doesn’t even understand what went wrong between her and Rajeev and claimed that she often distrusts and feels that He is having a relationship with someone else. Rajeev Sen was recently accused of having an affair with Charu’s TV actor. Karan Mehra Which reprimanded him and even claimed to have filed a defamation case against him.

In their latest conversation, Charu can be seen opening her heart for Sidharth and alleging that Rajeev always has doubts about him and feels that I am having an affair with someone or the other. He even thinks that I have an affair with the driver and I can’t really do anything about it. This video of Charu is getting mixed response from the audience, with some sympathizing with her helplessness and some feeling bad that her personal life is open in public. Rajeev is disaffected by Charu’s accusation on her and calls her a liar and even demands that she should have a lie detector test when Charu speaks about their bad relationship. While Charu also revealed that Sushmita asked him to leave when he was not happy and said that he should always choose himself before anyone else.