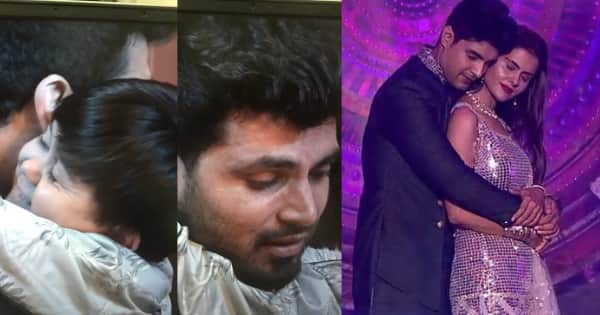 abdu rozik is one of the nominated contestants of bigg boss 16 This week. The latest episode of Bigg Boss 16 ended a few minutes ago. It was an interesting episode as a lot of contestants got to see the real side of the other contestants or those they considered friends. A few hours ago, the nomination took place in the house of Bigg Boss 16. And Abdu Rojic was one of several nominated contestants for the week. he was nominated by sumbul tauqeer KHAN And gautam vigo during the enrollment process. After the nomination, he disclosed this in detail. Priyanka Chahar Chowdhary And Ankit Gupta Which surprised everyone.

Priyanka survived after being nominated in Abdu Bigg Boss 16

Bigg Boss asked the two contestants to decide among themselves why they should not be nominated this week after hearing two contestants presenting their arguments against each other. Sumbul Tauqeer Khan gautam vigo Abdu Rojic and Priyanka Chahar were going to decide on Chowdhary while Sajid Khan And Abdu was about to decide on Nimrit Kaur Ahluwalia and Ankit Gupta.

Priyanka says that Abdu loves everyone so he will survive, so they should save him. After much deliberation, Gautam and Sumbul nominate Abdu, leaving the latter very upset. Earlier, Sajid Khan and Abdu Rojic nominated Nimirit and saved Ankit. Abdu did not want to save Nimrit but Sajid took the name of Nimrit.

abdul Sajid seemed quite upset to save Khan Ankit Gupta In place of Nimrit. On the other hand, he was also angry with Sumbul for saving Priyanka. In a conversation with MC Stan, Shiv and Gori, Abdu reveals that Priyanka had stopped Ankit from making rotis for him. This revelation has come as a big shock to all those who are wondering if this really happened. Meanwhile, after the nomination, the emotional moment of Shiva and Abdu touched the hearts of the fans. Shiv Thackeray and Abdu Rozik’s bond is currently a hot trend Entertainment News, See reactions here:

Even cruel words will go less for Priyanka.

#Shibdu The first bb16 made bond is trending, that too without any effort!
This bond deserves this approval! No matter how hard the makers try to publicize other fake or strategic bonds that are real, real! You can’t hide it with your hundred lies. Truth shines by itself, naturally!

The strongest picture on the internet today.

Priyanka is such a clever woman, stopping Ankit for not making roti #AbduRozik#ShivThackeray The truest person in the house is ️#bb16 #bigboss16 https://t.co/MjCT02NnHH

Priyanka has done nothing with Abdu to deserve so much hate, and I’m sure the comments she made about him this week won’t be talked about on WKV because he’s ‘cute’ and lives in a different country comes from. unreasonable but i hope i’m wrong#Priyanka Chahar Chowdhary #bb16 #AbduRozik

Abdu is a mean man~Priyaankit’s fan??

Gutter mouth people.. in no mood to argue with this sh!

You can’t go below that. Third grade lady. is dirtier than sol #bigboss16 2

And ppl saying no preconceived notion given to abdu? Hatred had developed between him and Pre before they pitted against each other during the nominations.#bb16 #bigboss16 #Priyanka Chahar Chowdhary #AbduRozik https://t.co/dJWMCIzn3K

Abdu Rozik was in the zone of cuteness…
She thought her cuteness would win her the game
Isn’t it like this brother?#AbduRozik#Bigg Boss #bigboss16

#AbduRozik Seeing Kay crying, only Shiva, Stan and Ghori did not cry. Did we all make him cry?

You’re not going anywhere, champion. do not Cry. We’ll let you stay there. #bb16 #bigboss16

#AbduRozik Himself responsible for her nomination, she did not listen to Shiva every time and if she had taken her own decisions, Priyanka herself would have said, nominate me cardo, not abdu, she just said that she is badly influenced by Shiva#Priyanka Chahar Chowdhary #bigboss16

Shiva confirms whether Abdu is enrolled or not and takes him by his hand.

ND starring him in ABDU was that horrifying moment he broke seeing ABDU like this???????#ShivThackeray #AbduRozik #bb16 #bigboss16 #Shibdu pic.twitter.com/Dy8kGFNu9x

#AbduRozik There is also a competitor.
If he is nominated then he has done wrong in it.