Ira Khan recently announced her engagement with Nupur Shikhar. He celebrated a low-key but fun Diwali with fiancee Nupur Shikhar, his friends and the latter’s family. Away from all the lavish parties and glamorous events in tinsel town, Aamir Khan’s daughter Ira Khan decided to celebrate the festival with her future husband and her family. The star kid, who has always been away from the limelight, donned the quintessential Indian outfit as they clicked pictures and posted them on their respective social media handles.

While Ira’s fiancee Nupur dazzled in a yellow kurta, Ira Khan opted for the traditional Kerala saree, which is an off-white saree with a golden border. Ira posted a series of her couple pictures with some fun moments with her friends as well as some of the best moments with Nupur’s mother. She also posted pictures of herself enjoying some of the delicacies of the season. Nupur, on the other hand, shared some more Diwali pictures on her social media as well.

Fans couldn’t stop wishing the couple on this special occasion as it was their first Diwali post engagement. Readers would know that last month Ira Khan shared a video of Nupur going down on one knee and proposing to her during a triathlon.

Nupur Shikhar is a fitness trainer and is dating Aamir Khan’s daughter for the past two years. The two have never been silent about their relationship and have always shared about their romance and love on social media. 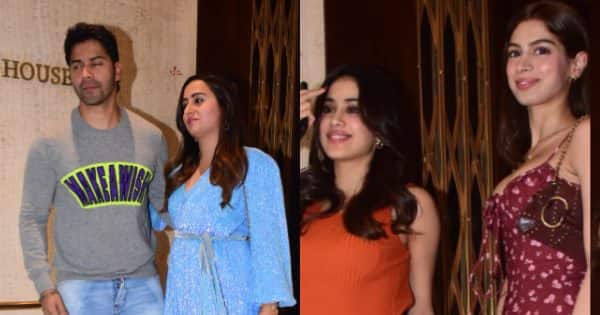