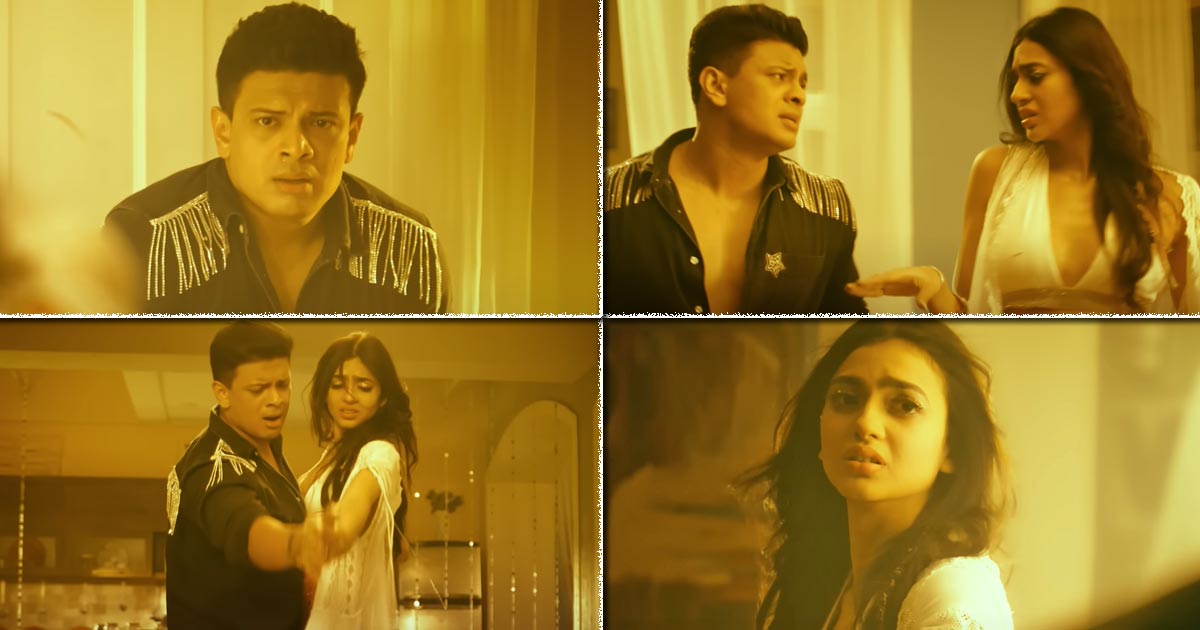 Grandson of famous lyricist Hasrat Jaipuri, Adil Jaipuri, who worked as a child artist, is now a matured actor and is making his debut with a music video with the music of Wild Buffaloes. The romantic song is called Sajjan, sung by Ankit Tiwari.

Over the years, Adil trained himself in dance and worked on his body, focusing on strength and aesthetics. Recently, his music video with Junglee Buffalo Music, a new music label which released its romantic song, ‘Saajan’, sung by Ankit Tiwari, was launched in front of the media and received a lot of positive response.

“Shucking away from hard work is something that was never ingrained in me and I’m glad it wasn’t. When Divyansh, the the director After one of my music videos told me I needed to bulk up and get lean, I was like man, this is going to be a ride. Because the shoot was going to happen in 20 days and I had to lose around 7 kilos. However, I knew one thing, what to do, what to do and I achieved it”, said Adil.

The music video, set in an apocalyptic world of zombie rampage, features Adil and his on-screen love interest, Kashika Kapoor as two passionate lovers and trained dancers, one of whom, Kashika, is infected with a virus that can kill her at any time. Will turn into zombie. Moment. Adil’s last wish is to dance with her one last time. “Despite being a trained dancer, when I heard the concept from Divyansh, I knew it would be

It was challenging as it was not just a dance sequence but I also had to express the pain of losing my love to a virus and still dance my heart out with him. It was a complete package and a great concept to showcase my talent and to be honest, Divyansh’s clarity and Kashika’s performance were two big supports”, expressed Aadil.

Shubhankar Jadhav, the choreographer and editor of this music video, designed the dance moves keeping in mind her emotions and pain and Aadil and Kashika have done a wonderful job in performing them in the right way. When asked about his experience working with Aadil, Shubhankar said, “It was a treat for me to watch Aadil bhai get cut. He is so diligent that I was free in my mind when I thought of some of the moves that would require him to express the right emotions and dance with them.

When Divyansh was asked about the thinking behind his Casting For this music video, Adil said, “What more would I want in an artist, when he is fabulous with his performance as an actor, dances well and knows how to mix emotions and dance together. Also I wanted an aesthetically fit artist and having known Aadil forever, I knew he would give his all to give me the look I wanted. Also, directing him was a Treat because he gives me what I want. He further added, “It was very satisfying to hear from Adil when he told me that what he achieved physically was not his best and he could have been much better but Paucity of time did not give him a chance to do so. So. However, wait a few more months and you will see him in his ‘lean muscular’ form.

Aadil is all set for his debut and is gearing up to make a comeback on the big screen. His music video is available on Wild Buffalo’s Music YouTube channel and the song is available on music streaming platforms.

must read: When Kartik Aaryan reminded Shilpa Shetty of the ‘young version’ of Akshay Kumar, must say she predicted the future of ‘Hera Pheri 3’ very well