A Race In Which Everyone Is Destined To Lose! 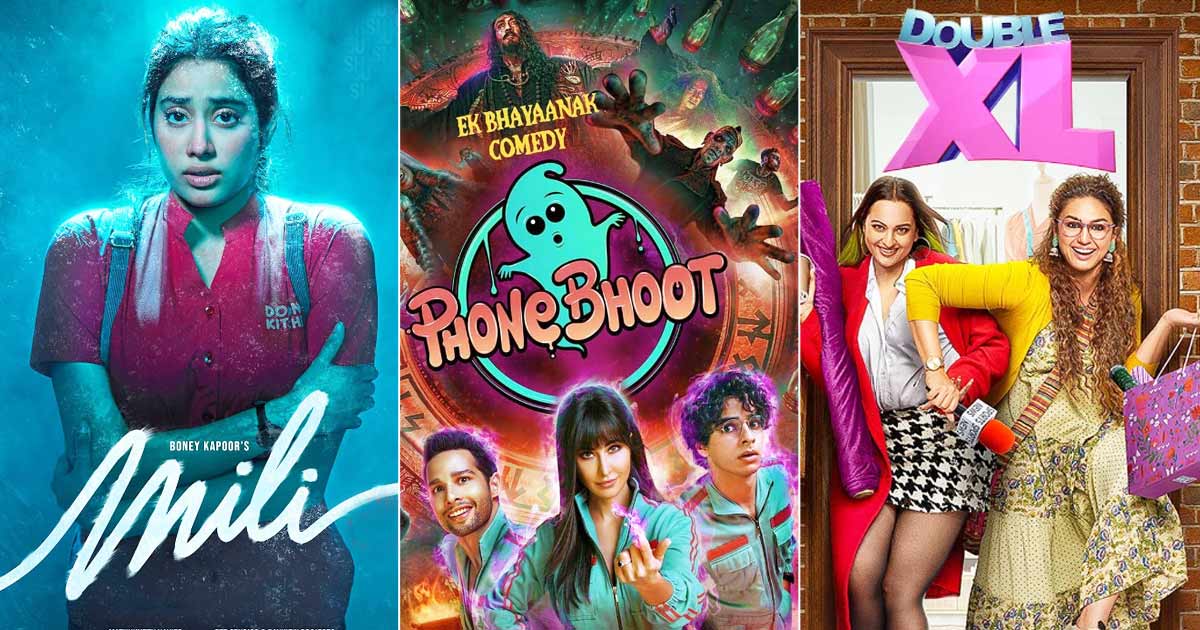 Now the Katrina Kaif-led is doing better at the box office than the other two, while the Sonakshi Sinha starrer is on the verge of fading.

As per the early trends flowing in only Phone Bhoot will have a slightly better collection than the other two movies. According to the latest media reports, Katrina Kaif Starr is mined around 3-3.50 core On its first Sunday, while Janhvi Kapoor starrer Mili collects 50 lakhs,75 lakh on the third day of release. Talking about Sonakshi Sinha, Huma Qureshi, Zaheer Iqbal starrer, it’s unlikely to touch 50 lakhs Even after three days of release.

On the Saturday before that, phone ghost 35% jump in collections as 2.75 crore on day 2 when he earned 2.05 crore on the day of its opening. Meanwhile, the Miley & Double XL Collection 40-50 lakhs and 10-15 lakhs respectively.

Before Phone Bhoot, Katrina Kaif was last seen in Sooryavanshi opposite Akshay Kumar and Ranveer Singh and it did great business at the box office.

What are your thoughts on the box office collection of these films coming back? Who do you think will lead the weekend?

must read: Phone Bhoot Movie Review: The Greatest Meme Of All Memes ft. The extremely hilarious Siddhant Chaturvedi and Ishaan Khatter, as well as Katrina Kaif!